Large scale events can lead to a sudden surge in crowds, creating cellular network congestion. Even if the user capacity of a cell tower user is upgraded, the network operator is still unable to cope with an abrupt increase in demand. In 2019 Industrial Technology Research Institute (ITRI) therefore designed and built a “Private Cell Mobile Command Vehicle”, which can deploy a pre-5G private cellular network to avoid the problem of commercial network traffic jams. The vehicle provides the New Taipei City Police Department with smooth, uninterrupted cellular network service, allowing the police staff to remotely monitor real time footage of large scale events and deploy police resources where needed, increasing the efficiency of providing event security and safety. GIGABYTE’s H-Series High Density Servers are also helping to support ITRI’s “Private Cell Mobile Command Vehicle” by reducing the complexity of back-end infrastructure – each server combines computing, storage and networking into a single system, allowing for resources to be centralized and shared across different applications. The servers also optimize the use of time and manpower by combining and centralizing applications to simplify management procedures. 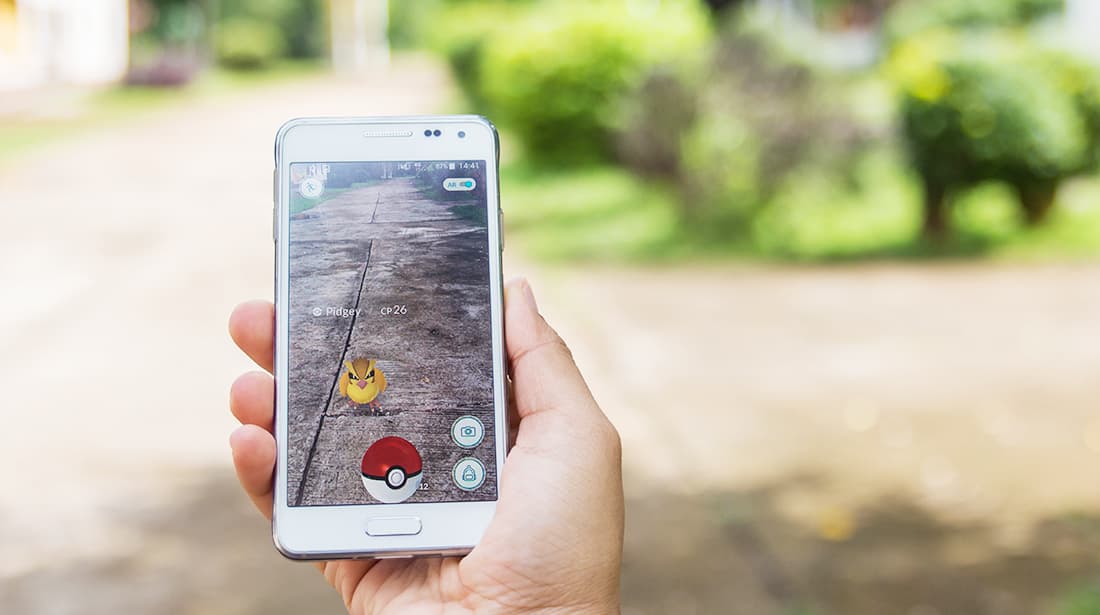 Using AI Technology to Keep Watch Over Public Events Without Any Blind Spots
Pokémon GO has been a popular mobile game in Taiwan since launching in 2016. Every time a special in-game event is held, many players will be drawn together in one location to “catch ‘em all”. Thousands of players once suddenly poured into Beitou Park running towards a fixed location, causing traffic chaos and disturbing local residents and passerby. When it was announced in 2019 that the event would be held again in New Taipei Metropolitan Park, the New Taipei City Police Department made plans to carefully monitor the event in order to maintain security and safety.

According to previous experience, a large number of attendees would gather at the event scene, creating cellular network congestion. In order to avoid intermittent transmission problems and low resolution image quality when live video is broadcast back to the command center, the New Taipei City Police Department and ITRI worked hand in hand to introduce a “Pre-5G Private Cellular Network” to avoid the traffic jams of commercial cellular networks, allowing police to accurately monitor the event in real-time and dispatch police officers to deal with any situation as required, improving the efficiency of providing public security and safety to large events.

ITRI’s Private Cellular Network Assists in the Rapid Dispatch of Policing Resources
ITRI’s “Pre-5G Private Cellular Network” combines the “Private Cell Mobile Command Vehicle” with a high-altitude aerial drone equipped with a small base station in order to deploy a large scale private cellular network, delivering high bandwidth, low latency and ultra-reliable communications. Using the network, the police can gather a comprehensive amount of real-time video footage from both the drone’s bird’s eye view camera and ground-based cameras, as well as from mobile cameras worn by on-duty police officers. The video is then transmitted back to the mobile command vehicle for viewing via a central surveillance management system, and combined with AI computer vision technology developed by ITRI to analyze crowd hot-spots or conduct detailed facial or object recognition, assisting to better help allocate police resources when and where they are needed.  《Learn More： What Practical Applications of AI Have Been Popular in Recent Years?》 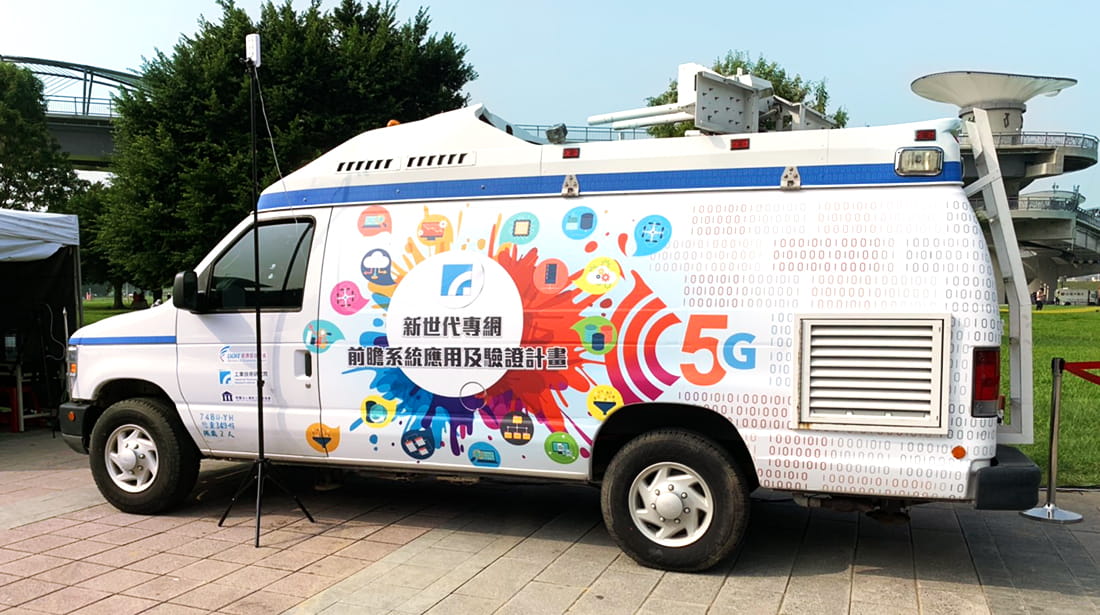 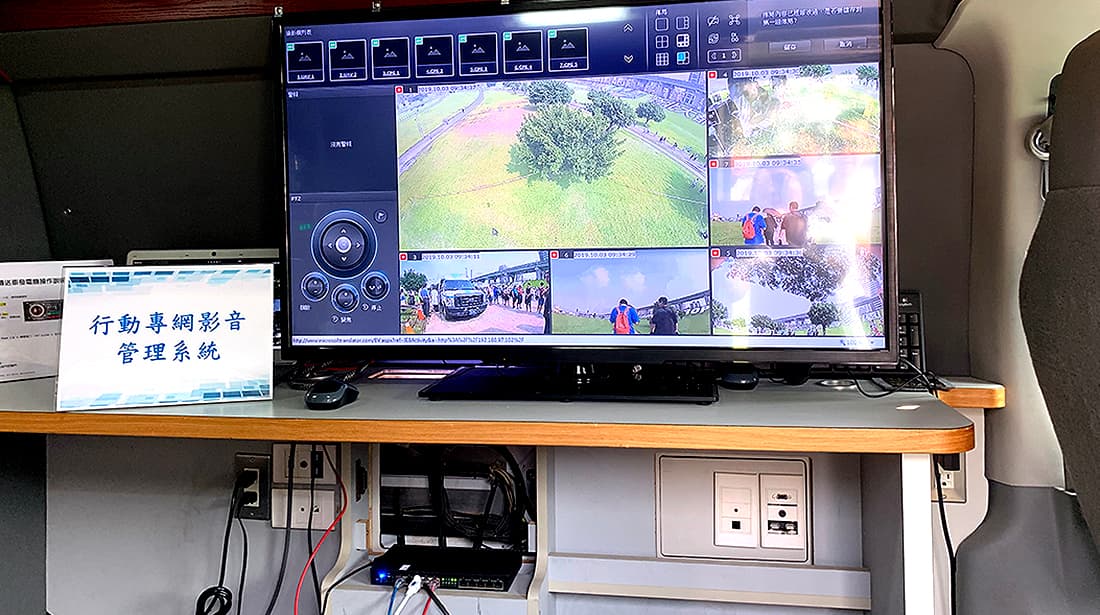 The “Private Cell Mobile Command Vehicle” features a private cellular network and a MEC (Mobile Edge Computing) platform built with a GIGABYTE high density server. (Image courtesy of ITRI)
A High Density Server Satisfies the Key Requirements of a MEC Platform
A private 5G cellular network environment can be successfully built using a Multi-Access Edge Computing (MEC) platform to support low-latency transmission. GIGABYTE’s H-Series High Density 2U 4 Node servers are ideal to be used for a MEC platform, fully meeting the hardware interface requirements of the virtualization platform and supporting multiple networking ports. The four nodes of the server are used to deploy Network Functions Virtualization (NFV) technology to deliver cellular core network services, as well as other functions such as edge computing and software application services. ITRI came to GIGABYTE when building their “Private Cell Mobile Command Vehicle” to help, consolidate a huge amount of legacy computing equipment in their data center with a server that could support a full range of applications & functions and help implement edge computing. And distributing different applications on separate physical nodes improves data security, availability, durability and redundancy, helping resolve many virtualization difficulties and improving the user experience. 《Glossary: What is Node?》
The compact high-density design of GIGABYTE’s H-Series High Density Servers is ideal to be used in the limited space environment of the “Private Cell Mobile Command Vehicle”, delivering optimal operating performance as well as excellent expansion flexibility by supporting a total of 16 add-on card slots – suitable for a MEC platform that needs multiple FPGA and networking cards to quickly process huge amounts of network packet data. It can also support multiple accelerator cards to conduct AI image recognition used in video analytics software. Furthermore, the server motherboards that form the base of GIGABYTE’s server feature high-density add-on integration capabilities, so all add-on accessories are able to deliver stable operation and excellent signal transmission quality.

The expansion flexibility of GIGABYTE’s H-Series High Density Server makes it highly adaptable for different applications, supporting multiple add-on cards to help users implement edge computing.
Learn More：
《Glossary：What is MEC(Multi-access Edge Computing)?》
《Glossary：What is Edge Computing?》
《An In-Depth Explanation of How Enterprises Can Quickly Implement a 5G MEC Platform》
《Realizing 5G MEC Applications, Flexible Choices for a Better Internet Experience》
Overcoming Harsh Environmental Challenges to Maintain Highly Efficient & Stable Operation
Although the typical operating environment of a server is indoors with a stable ambient temperature, GIGABYTE’s H-Series High Density Server is suitable to be used in various settings. For the “Private Cell Mobile Command Vehicle” project it was necessary for ITRI to install the server onboard a vehicle, making it subject to more harsh environmental conditions such as temperature swings, vehicle vibration and dust exposure. However GIGABYTE’s server was still able to provide optimal performance and maintain stable operation in these conditions, satisfying the customer’s requirements.
GIGABYTE’s Servers are Designed for Optimal Heat Dissipation
The high density design of GIGABYTE’s H-Series servers will lead to a higher amount of thermal energy being generated within the server chassis, so it will require better heat dissipation capabilities. Therefore, a dual-fan wall has been integrated into the center section of the server to generate a stronger level of airflow from the front to the rear. The dual-fan wall is also fully redundant, so heat dissipation will not be affected due to fan component failure. At the same time, each server node is equipped with an array of thermal sensors, and fan speed settings have been adjusted to increase cooling power. When ITRI’s “Private Cell Mobile Command Vehicle” is deployed into the field and parked in a hot & sunny outdoor area, there will be a reduction in cold airflow, especially when personnel are getting in and out of the vehicle, leading to the heating of components inside the server. Therefore, when thermal sensors detect a rising CPU and ambient airflow temperature, the server will automatically ramp up fan speed. Then via optimized air baffles, the increased airflow will be effectively concentrated on the CPU heatsink, maximizing the cooling effect.
Outstanding Mechanical Engineering Overcomes Vibration to Maintain System Stability
Since free space within GIGABYTE’s H-Series High Density Servers are constricted, it can be easy for components installed within the server to interfere with one another. Therefore, the mechanical design of the server includes several special features such as shock-absorbing rubber pads used to reduce vibration caused by fan rotation, which could otherwise affect the read and write performance of hard disks. Before being shipped to the customer, the server will also pass vibration, sweep frequency and pressure testing in order to eliminate problems such as system instability issues or loose components. Therefore, the server can confidently face environmental conditions when deployed in the field such as vehicle idling vibration or generator power instability.
Using Big Data to Realize a Smart Police Force
5G technologies will greatly increase cellular bandwidth and speed, allowing for a multitude of advanced Big Data analytics and applications to be deployed in the field. In the near future, police units will be able to combine technologies such as real-time cellular communications, edge computing, cloud computing services and artificial intelligence to assist officers with their work. Data analytics will lead to more effective crime prevention and help solve manpower shortages, enhancing the efficiency of delivering law enforcement and public safety – making a smart police force an essential part of the development of a smart and safe city.
《Learn more： Further Reading: Technology in Response to the Rise of 5G – Multi-Access Edge Computing (MEC)》
Realtion Tags
Multi-access Edge Computing
Big Data
Edge Computing
5G
AI Inferencing
Server
Node
WE RECOMMEND

Setting the Record Straight: What is HPC? A Tech Guide by GIGABYTE
The term HPC, which stands for high performance computing, gets thrown around a lot nowadays, as server solutions become more and more ubiquitous. It is running the risk of becoming a catchall phrase: anything that is “HPC” must be the right choice for your computing needs. You may be wondering: what exactly are the benefits of HPC, and is HPC right for you? GIGABYTE Technology, an industry leader in high-performance servers, presents this tech guide to help you understand what HPC means on both a theoretical and a practical level. In doing so, we hope to help you evaluate if HPC is right for you, while demonstrating what GIGABYTE has to offer in the field of HPC.
Deep Learning High Availability Core

GIGABYTE 5G and Edge Solutions at MWC 2021: The Servers of Choice for Taipei Music Center, ITRI and New Taipei Police, NVIDIA Aerial SDK
GIGABYTE’s E-Series Edge Servers are the highlight of MWC Barcelona 2021. This product line is the fruition of GIGABYTE’s long history of providing 5G and edge computing solutions for key clients, including Taipei Music Center, which wanted to stage VR concerts, and ITRI and New Taipei Police, which needed to maintain order during the Pokémon GO craze. The E251-U70, the first model in the E-Series, exemplifies industry know-how and design philosophy distilled from previous success cases. It has been chosen by NVIDIA to be part of its Aerial Developer Kit.
Data Center AI Inferencing NFV(Network Functions Virtualization)

What is Edge Computing? Definition and Cases Explained
With the proliferation of 5G communications technology, edge computing—the practice of performing computing tasks as physically or logically close as possible to where data is created and commands are executed—has begun to permeate the modern world of smart technology. In this article, we explore the concept of edge computing in detail, and explain how it offers many excellent advantages, especially in terms of latency reduction for applications that rely on real-time decision-making.
PCIe 5G OCP