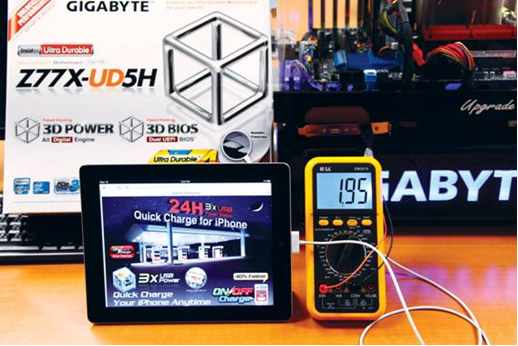 , and an On/Off Charge front panel connector. The On/Off Charge front panel connector features a special controller combined with the On/Off Charge driver that allows the computer to detect the current required by iPhone, iPad and iPod Touch products. The device dictates the current it draws, so there is no threat of overcharging from GIGABYTE 3x USB Power technology. Tests conducted in the GIGABYTE labs have shown various charging speeds with an average charging time saving of around 40%. 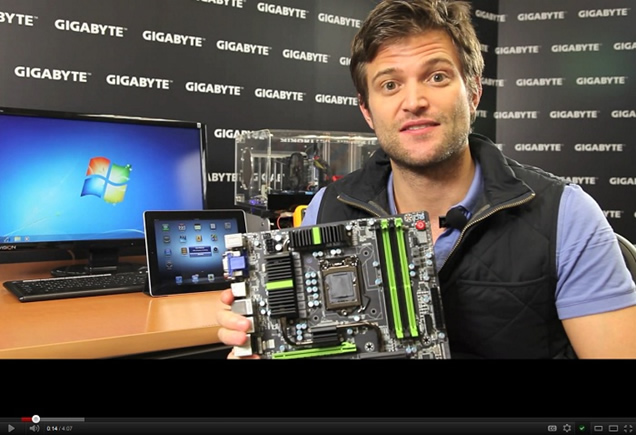