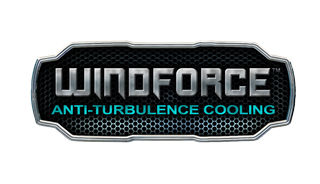 GIGABYTE introduces WINDFORCE™, the latest cooling technology that differentiates the brand’s graphics cards from the rest. GIGABYTE understands that a fan is crucial to the graphics card, so only the fan with the most efficiency is selected for WINDFORCE™. To qualify for WINDFORCE™, a cooling solution must be equipped with, ultra quiet PWM fan and pure copper heat pipe. Inclined fins help to reduce excessive heat and turbulence. Depending on its orientation, there are 4 types of inclined-fin designs: outward-inclined, 3D-inclined, parallel-inclined, and mirroring-inclined. Each type generates excellent exterior airflow for efficient heat dissipation from the interior GPU core 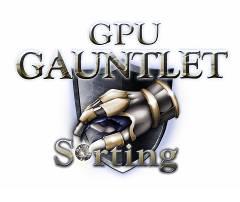 Voltage Read Point
GIGABYTE’s specific voltage read point supplies hardcore gamers an ultimate benching experience at overclocking competition. Heavy users can change the voltage simply through software instead of manually adjusting any components on PCB. It is easy for overclockers to master the platform and monitor GPU workload at any time just through voltage read point.