Taipei, Taiwan – January 6, 2011 – GIGABYTE TECHNOLOGY Co., Ltd, a leading manufacturer of motherboards, graphics cards and other computing hardware solutions, today launched their latest generation of motherboards for the new 2nd generation Intel® Core™ processors (aka Sandy Bridge). The new series of motherboards are based on the Intel® P67 and H67 Express Chipsets, and deliver a host of cutting-edge features designed to provide Maximum CPU Power.

An extensive range of GIGABYTE 6 series motherboards will be available at launch with ten ATX models and seven Micro-ATX models to choose from. They follow GIGABYTE's normal naming scheme with the P67A-UD7 down to the H67M-D2.  Additional models are planned to launch throughout the first and second quarters, with an estimated 40+ GIGABYTE socket 1155 models available by the middle of 2011.

"This is the most important launch that we’ve had in recent years, because we expect the LGA 1155 socket to be around for many years to come," commented Tim Handley, Deputy Director of Motherboard Marketing at GIGABYTE. "That's why we're planning to offer almost 50 different models by the middle of the year. It’s exciting for us to incorporate many of the high-end features on mainstream and entry level boards, such as the Max CPU Power VRM design that was first introduced on the X58A-UD9, to give our products a serious competitive advantage in the market. We’re more than just ready for Sandy Bridge, we’re eagerly looking forward to it!"

Maximum CPU Power Delivery
GIGABYTE 6 series motherboards with their unique CPU power design, promise to deliver first class system performance and stability. With up to 24 phase power, Dual CPU Power and Power Phase Boost with Multi-gear Switching, the world’s leading motherboard CPU power technology will soon be available on performance and even mainstream motherboard models instead of only being available on extreme models, as it has been in the past.

GIGABYTE DualBIOS™ with 3TB+ HDD Support
GIGABYTE DualBIOS™ is a patented technology that automatically recovers BIOS data when the main BIOS has crashed or failed. Featuring 2 physical BIOS ROMs integrated onboard, GIGABYTE DualBIOS™ allows quick and seamless recovery from BIOS damage or failure due to viruses or improper BIOS updating. In addition, GIGABYTE DualBIOS™ now supports booting from hard drives that are 3TB (terabytes) or more without the need for partitioning, and effectively provides future-proofing for higher volume single drive data storage. 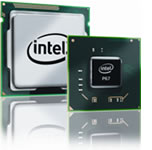 High Performance Data Storage
With more USB 3.0 ports than ever before (up to 10 on the P67A-UD7), GIGABYTE 6 series motherboards offer extremely fast connectivity for portable flash and external backup drives (up to 10x USB 2.0 speed). For a significant performance boost during daily operations, configure your PC with a SATA 6Gbps hard drive as your operating system and application drive. Combined with SATA 6Gbps, GIGABYTE XHD Technology offers a performance boost of up to a theoretical 4x that of SATA 3Gbps through a simple and intuitive utility, allowing users to boot-up their systems and launch applications faster than they ever thought possible.