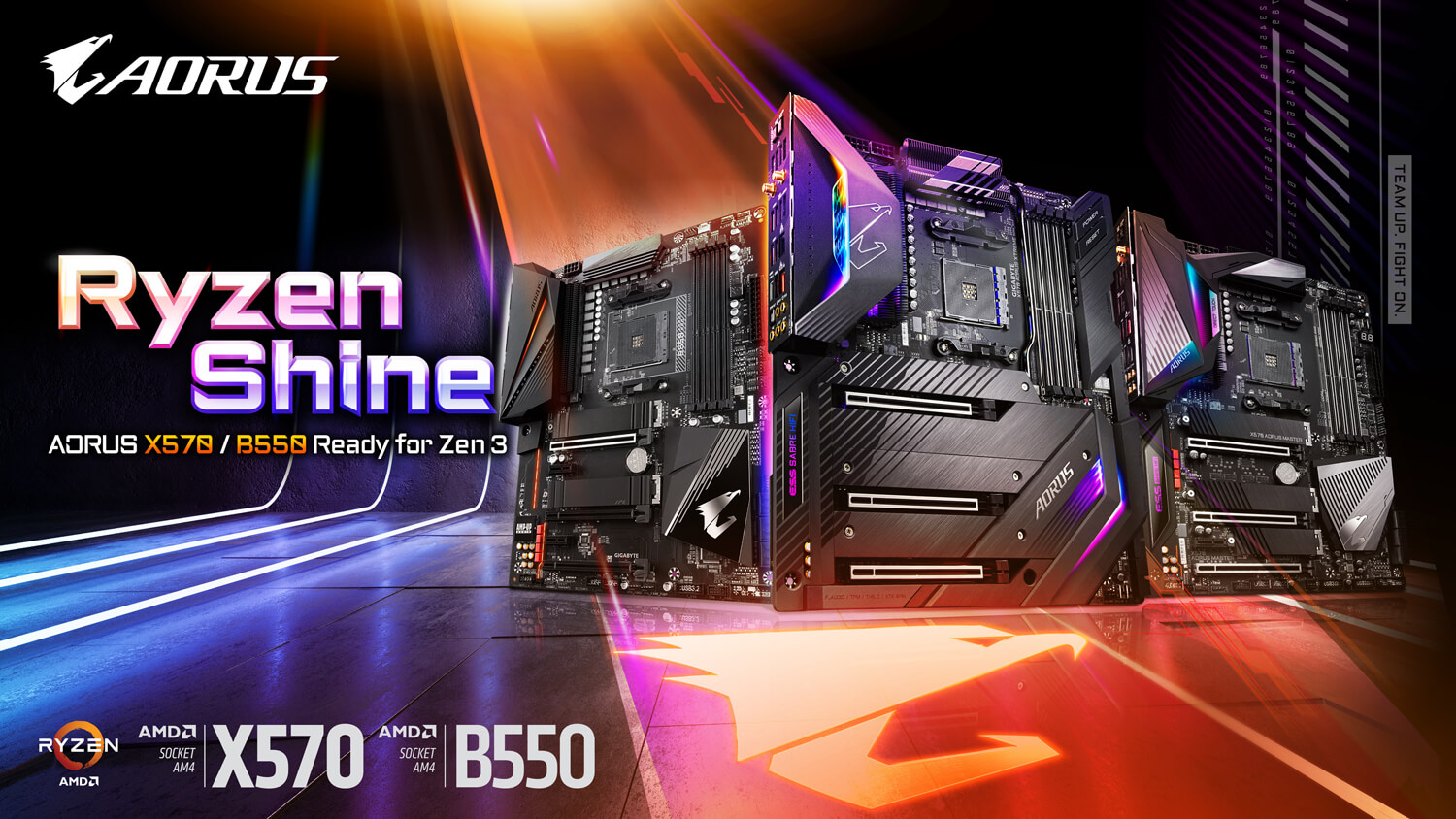 Taipei, Taiwan, October 26, 2020 - GIGABYTE TECHNOLOGY Co. Ltd, a leading manufacturer of motherboards, graphics cards, and hardware solutions, announced today the release of the latest BIOS for the motherboards with the AMD X570, B550, and A520 chipsets to ensure the most comprehensive performance, compatibility, and reliability improvements for users to have the most pleasant user experience on their PCs equipped with AMD Ryzen™ 5000 series processors.

AMD recently released the Ryzen™ 5000 series processors which are the most extensive upgrade since 2017. The Ryzen™ 5000 series includes four models of Ryzen™ 9 5950X, Ryzen™ 9 5900X, Ryzen™ 7 5800X, and Ryzen™ 5 5600X. With the enhancement by the brand new Zen3 core design, these four processors present monumental uplift on performance which attracts notable intension of users to expect further upgrade for their “AMD YES” systems.

Users can update their motherboards’ BIOS by their familiar methods, such as ＠BIOS or Q-Flash. They can even utilize the Q-Flash Plus feature to update the BIOS without installing any processor, memory or even graphics card, making it possible for users to enjoy the benefits brought about by the new BIOS core and processors.

The latest BIOS for the AMD X570, B550, and A520 motherboards is available now on our websites. Users can visit the product websites to download and upgrade their systems to keep them in the best condition possible. At the same time, we are working on the BIOS for AMD X470 and B450 motherboards to support Ryzen™ 5000 series processors and will release them as soon as possible. Remember to check out GIGABYTE’s website for the latest news.