Taipei, Taiwan, May 24th 2011 –GIGABYTE Technology Co. Ltd., a leading manufacturer of motherboards and graphics cards, today announced that the G1. Assassin motherboard has been awarded the prestigious 'Best Choice' award from Taipei Computer Association (TCA), the organizers of Computex 2011. This award builds on the recent the 'Design and Innovation' accolade earlier this month, reinforcing the GIGABYTE G1. Assassin's status as the world's best motherboard for cutting-edge PC gaming.

"Genuine industry leadership means taking the risk to innovate where others simply follow," commented Richard Chen, VP of Worldwide Sales and Marketing at GIGABYTE. "This highly coveted award from TCAagain highlights our efforts to constantly push the barriers of motherboard innovation, addressing a growing niche market that we felt was traditionally underserved." 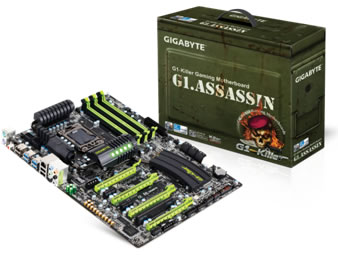 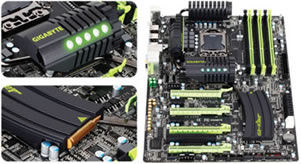 Super Shield: Locked and Loaded Heatpipe Design
The GIGABYTE G1-Killer series features a brand new heatpipe that was designed to be as deadly to heat as it looks. By effectively spreading the heat from the critical areas of the motherboard such as the CPU VRM zone and quickly dissipating it, the GIGABYTE G1. Assassin remains cool, even when the battle heats up.

To learn more about the G1. Assassin motherboard and the other G1-Killer series motherboards, please visit:
http://www.gigabyte.com/MicroSite/259/index.html