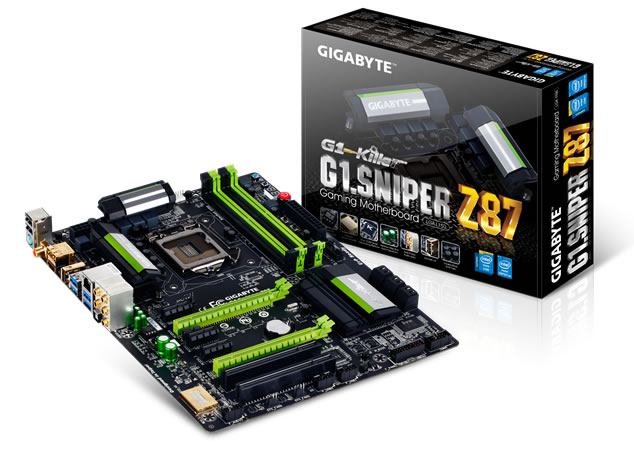 Taipei, Taiwan, November 8th, 2013 – GIGABYTE TECHNOLOGY Co. Ltd., a leading manufacturer of motherboards and graphics cards, today announced the launch of its latest gaming motherboard the GIGABYTE G1.Sniper Z87 at Blizzcon 2013, one of the biggest US gaming events of the year. The GIGABYTE G1.Sniper Z87 combines our signature AMP-UP Audio feature set with Killer™ E2200 networking, gold hardware, ruthless performance and looks that could kill.

”The new G1.Sniper Z87 has PC gaming built-in to its DNA, an utterly compelling choice for any high performance PC built with fragging in mind,” commented Henry Kao, Vice President of GIGABYTE Motherboard Business Unit. “It’s fantastic to be here as the exclusive motherboard sponsor at Blizzcon 2013, and also have the opportunity to showcase our latest gaming platform to thousands of true hard core gamers.”

GIGABYTE AMP-UP Audio: Redefining Motherboard Audio
The G1.Sniper Z87 motherboard features a range of unique features and technologies that are designed to give gamers more control over the game’s audio, a crucial aspect of the modern gaming experience. 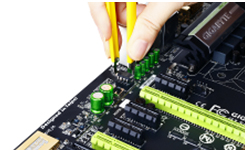 GIGABYTE motherboards are the world’s first to feature an upgradable onboard operational amplifier (OP-Amp). OP-Amps are commonly found in high-end audio equipment and offer not only amplification of the audio signal, but a superior audio experience generally. The motherboard’s OP-Amp is mounted on a socket which allows users to physically switch out and try different OP-Amps which offer distinct and nuanced properties that make the audio clearer, punchier and more life-like. Additional OP-Amps can be purchased separately to further expand audio capabilities.

Gain Boost
To optimize the audio experience provided by the onboard OP-Amp, the G1.Sniper Z87 motherboard also features Gain Boost with onboard switches to select between 2.5x and 6x amplification modes depending on output device. Most OP-Amps are capable of providing a high-gain audio output that is ideal for high-end headphones and speakers that have higher impedance headroom.

The GIGABYTE G1.Sniper Z87 motherboard uses top quality gold plated hardware for improved connectivity and long lasting durability for the USB DAC-UP port, DisplayPort and HMDI ports and audio connectors. Gold has superb signal conductivity and will not tarnish over extended periods of use. The Sound Core3D™ audio processor is also shielded by a gold-plated cover which eliminates electrostatic interference. 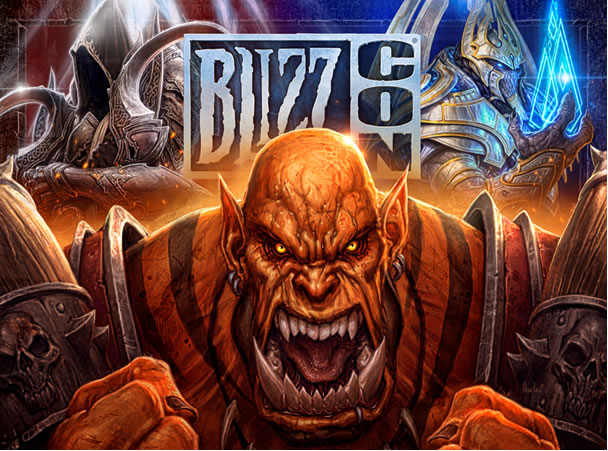 Blizzcon 2013, Anaheim CA.
GIGABYTE is an official sponsor at the Blizzcon 2013 convention, Anaheim, California, one of the biggest and most important gaming events of the year. With upwards of 20,000 attendees expected at this year’s event, GIGABYTE is thrilled with the opportunity to get involved with the PC gaming community, an increasingly influential segment of the PC market.

You can visit the GIGABYTE booth at Blizzcon 2013, to see the lasted gaming sytems and join the daily raffles to win exclusive GIGBYTE hardware. For more information about Blizzcon 2013 please go to: http://us.battle.net/blizzcon/en/