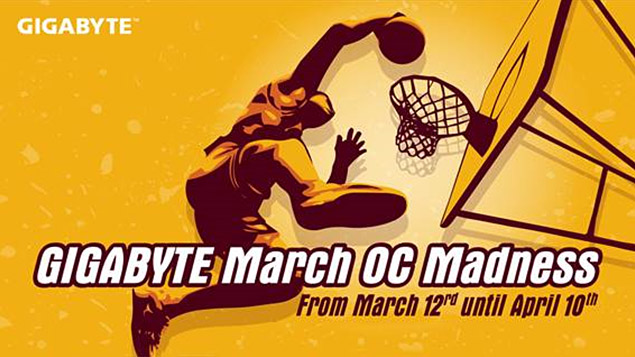 City of Industry, California, March 4, 2016 – GIGABYTE TECHNOLOGY Co. Ltd., a leading manufacturer of motherboards and graphics cards, today announced its next competition for the overclocking community with the GIGABYTE Z170 March OC Madness Competition, to be hosted this March on HWBOT.org.

To find out more about the GIGABYTE Motherboards please visit:
http://www.gigabyte.us/products/main.aspx?s=42

To learn more about GIGABYTE:
http://www.gigabyte.us/