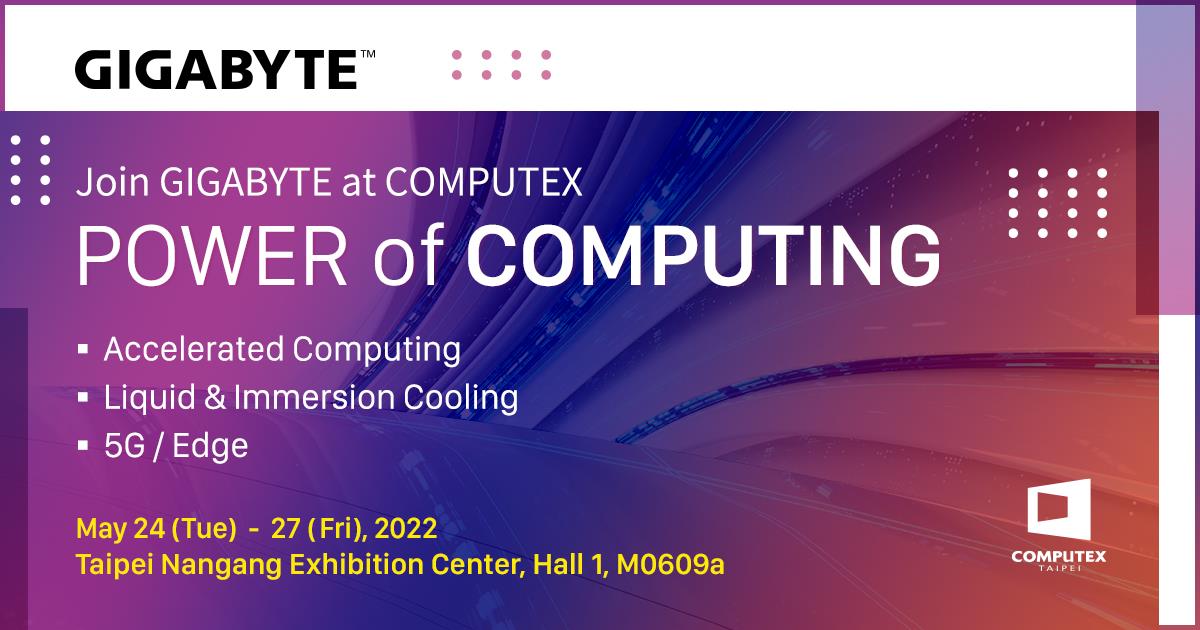 May 24, 2022 – GIGABYTE Technology, (TWSE: 2376), an industry leader in high-performance servers and workstations, today announced its participation in Computex, which runs from May 24-27. GIGABYTE’s booth will showcase the latest in accelerated computing, liquid & immersion cooling, and edge solutions, as well as provide an opportunity for attendees to get a glimpse at next gen enterprise hardware. GIGABYTE also announced plans to support the NVIDIA Grace™ CPU Superchip and NVIDIA Grace™ Hopper™ Superchip. With the new hardware innovations, GIGABYTE is charting a path to meet the requirements for the foreseeable future in data centers, accordingly many of those important technological modernizations that will be on show at Computex, as well as behind the NDA curtain.

Computex is unquestionably the world’s largest computer expo, which has been held annually in Taiwan for over 20 years. Computex has continued to generate great interest and anticipation from the international community. The Nangang Exhibition Center will once again have a strong presence of manufacturers and component buyers encompassing the consumer PC market to enterprise.

Enterprise Products at Computex
Thanks to its building block design and product innovations, GIGABYTE has an expansive enterprise portfolio of servers and motherboards that are well-suited for HPC, AI, hyperconverged infrastructure, storage, and more. At Computex, GIGABYTE will have cutting-edge advancements at its booth.