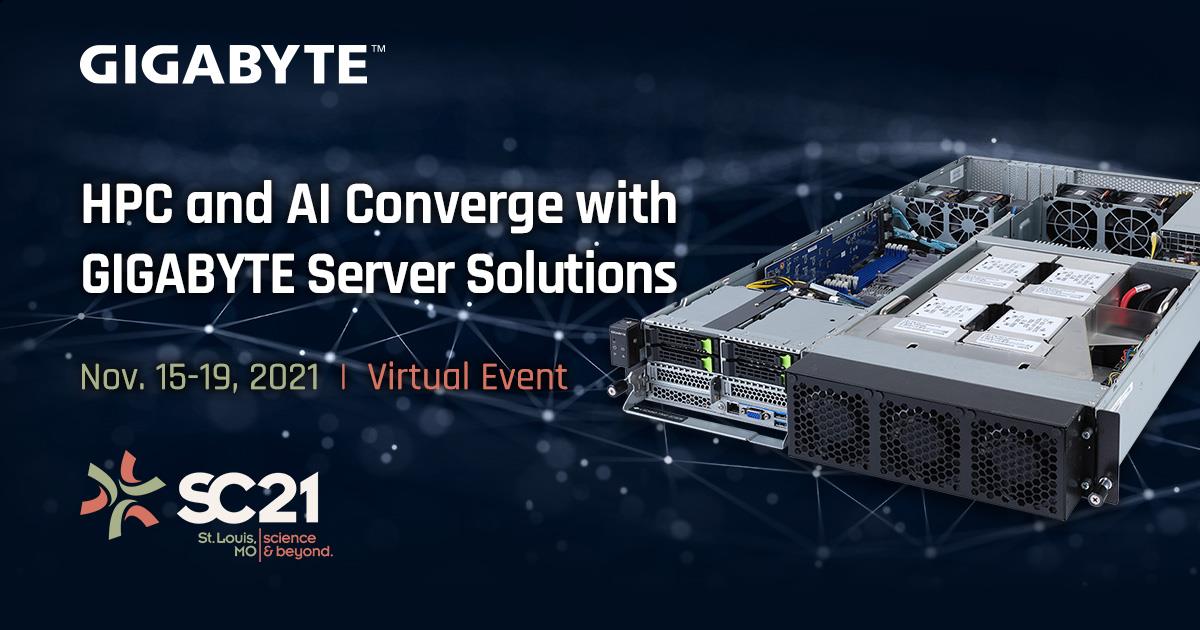 November 15th, 2021 – GIGABYTE Technology, (TWSE: 2376), an industry leader in high-performance servers and workstations, today announced two new HPC servers with built-in accelerators, the GIGABYTE G262-ZO0 for the AMD Instinct™ MI200 accelerator and the G262-IR0 for the NVIDIA HGX™ A100 4-GPU system. Both servers are using cutting-edge, unconventional accelerator form factors to enable fast CPU-to-GPU and GPU-to-GPU communication, and they offer the greatest compute possible in a 2U chassis. GIGABYTE will be showcasing these servers at the GIGABYTE booth at SC21, which is an international event for high-performance computing, networking, storage, and analysis running November 15 – 18. 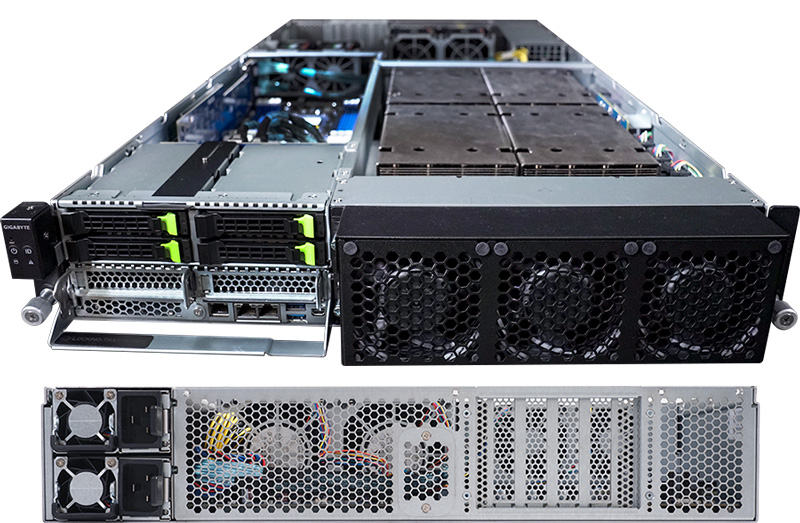 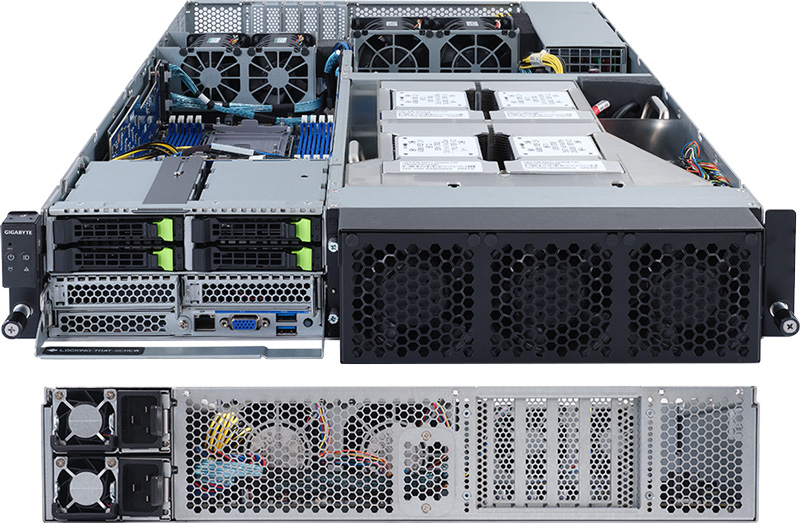 G262 Series: HPC and AI
Designed to find the optimal cooling solution for the NVIDIA Redstone platform and/or AMD Instinct™ MI200 OAM, the G262 series of servers are partitioned off to help isolate and cool the top-tier performing GPUs. A cage wall with three powerful front fans draws draw cool air to and through the GPU modules, and hot air is removed out the back. To cool the CPUs, RAM, PCIe slots, and storage, there is a separate chamber and cooling route. This separation ensures that there is sufficient cooling for max CPU and GPU performance while removing the heat generated from GPUs capable of pushing 2000W TDP. The common design of the G262 makes it easily adaptable to accommodate either GPU form factor.

This common design in the G262-ZO0 and G262-IR0 makes the two devices look similar from the outside, but the G262-ZO0 supports AMD EPYC™ 7003 and 7002 processors while the G262-IR0 supports 3rd Gen Intel® Xeon® Scalable processors. CPUs aside, they both have eight DIMM slots per socket for a total of 16 DIMMs per server. At the front of the case is support for four 2.5” drive bays for Gen4 U.2 NVMe/SATA/SAS drives. And below the drive bays are two low-profile PCIe Gen4 x16 slots and an OCP 3.0 slot. At the rear of the case there are four more low-profile slots for NVIDIA InfiniBand adapters, Ethernet NICs, storage, or inference GPUs. The table below compares the new G262 models to the previously released G262-ZR0.

NVIDIA Validation Programs for Fast Server Deployment:
NVIDIA continues to pull more resources into its ecosystem for rapid deployment and various types of server validation stretching from edge to cloud. GIGABYTE has a range of NVIDIA-Certified servers with NVIDIA GPUs optimized for the data center, including the NVIDIA A100 Tensor Core, A30, and A40 GPUs. GIGABYTE will continue to submit servers for NVIDIA-Certified Systems as well as for GPU system qualification, the latter of which will include testing for the new NVIDIA A2 GPU. GIGABYTE’s NVIDIA-Certified enterprise servers are ideal for running the NVIDIA AI Enterprise software suite for rapid deployment, management, and scaling of AI workloads in the modern hybrid cloud.