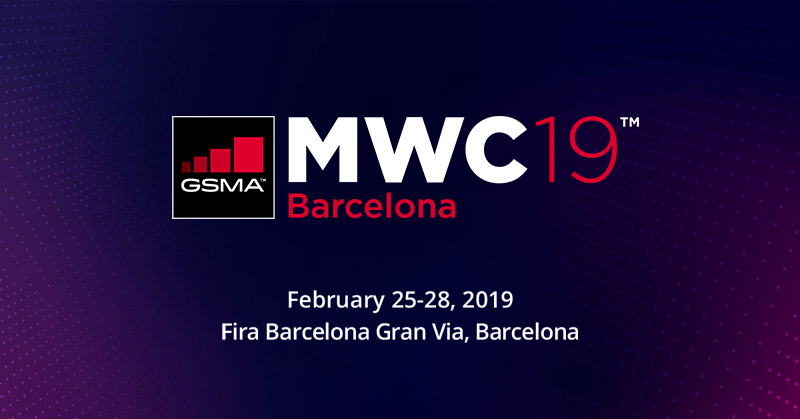 Taipei, Taiwan, February 14th 2019 - GIGABYTE is looking forward to participating in this month’s Mobile World Congress in Barcelona, the largest annual mobile-technology related event in the world with a focus on “Intelligent Connectivity” including 5G Technology, AI (Artificial Intelligence) and Immersive Content Technology (such as VR and AR). Since GIGABYTE’s products will be a key enabler of these technologies, GIGABYTE has been selected by the Industrial Development Bureau (IDB) of Taiwan to be one of the joint-exhibitors to be featured at the Taiwan Pavilion (located at Hall 5, Stand 5A61) during MWC 2019.

For the show, GIGABYTE has collaborated with our partner ITRI (Industrial Technology Research Institute) to build a live demonstration of their iMEC (Intelligent Mobile Edge Computing) cloud. iMEC is ITRI’s solution based on the concept of “MEC”: Mobile Edge Computing or Multi-Edge Access Computing, which plays a key role in the new generation of 5G networks. This innovative technique provides a new network architecture in which data does not need to travel to and from centralized servers but remains at the periphery and closer to the user, allowing for faster data traffic speeds, improved server response times, and lower latency. In scenarios such as VR (Virtual Reality), AR (Augmented Reality), or video streaming, this new technology also takes the lead.

Due to huge improvements in speed and bandwidth, 5G networks will play a key part in the deployment and adoption of technologies requiring heavy data bandwidth and ultra-low latency, such as for VR and AR. To illustrate this, ITRI’s iMEC demonstration will be used to power a VR e-sports platform developed by Brogent Technologies, allowing multiple players to simultaneously explore a virtual experience. Unlike previous VR technology which requires users to be connected to larger computers via cables or backpacks, 5G and MEC technology frees the user to only need to wear a small VR headset, allowing them total freedom of movement and control. Moreover, the lightning speeds of 5G ensure there will be no latency issues which are critical for applications such as gaming and e-sports.

GIGABYTE’s H281-PE0 will form a key part of the iMEC cloud. Ideally suited for HCI (Hyper-Converged Infrastructure), the H281-PE0 features four front-access hot-pluggable nodes, with each node supporting dual Intel Xeon Scalable processors and 24 DIMM slots to maximize compute density and power in a 2U chassis. The H281-PE0 also features a large number of expansion slots – each node features three PCIe Gen3 x16 low profile expansion slots (one at the front and two in the rear) as well as an additional OCP mezzanine slot, making it extremely versatile and ideal to be utilized for 5G and edge computing - such as for a vEPC (Virtual Evolved Packet Core) server or a MEC (Mobile Edge Computing) server, or for a myriad other applications such as populating with GPGPU cards for inferencing or VGA cards for video transcoding. 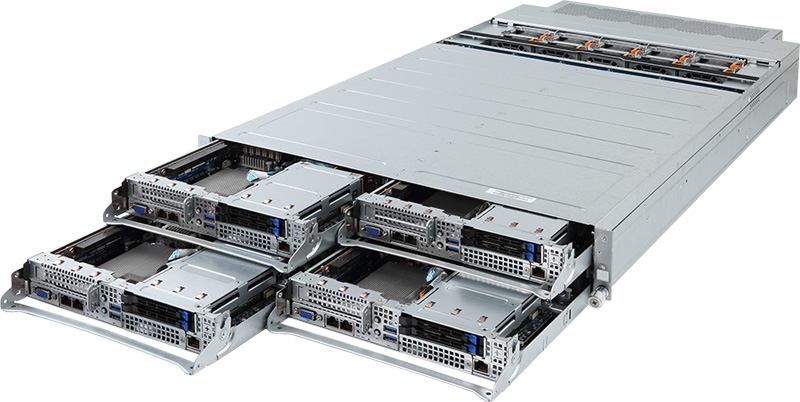 To learn more about GIGABYTE’s hardware solutions for mobile edge computing, ITRI’s iMEC cloud technology and to experience virtual reality e-sports, please visit GIGABYTE during MWC 2019 at the Taiwan Pavilion, located at Hall 5, Stand 5A61, from Monday 25th until Thursday 28th of February from 9.00am until 7.00pm (until 4.00pm on Thursday).