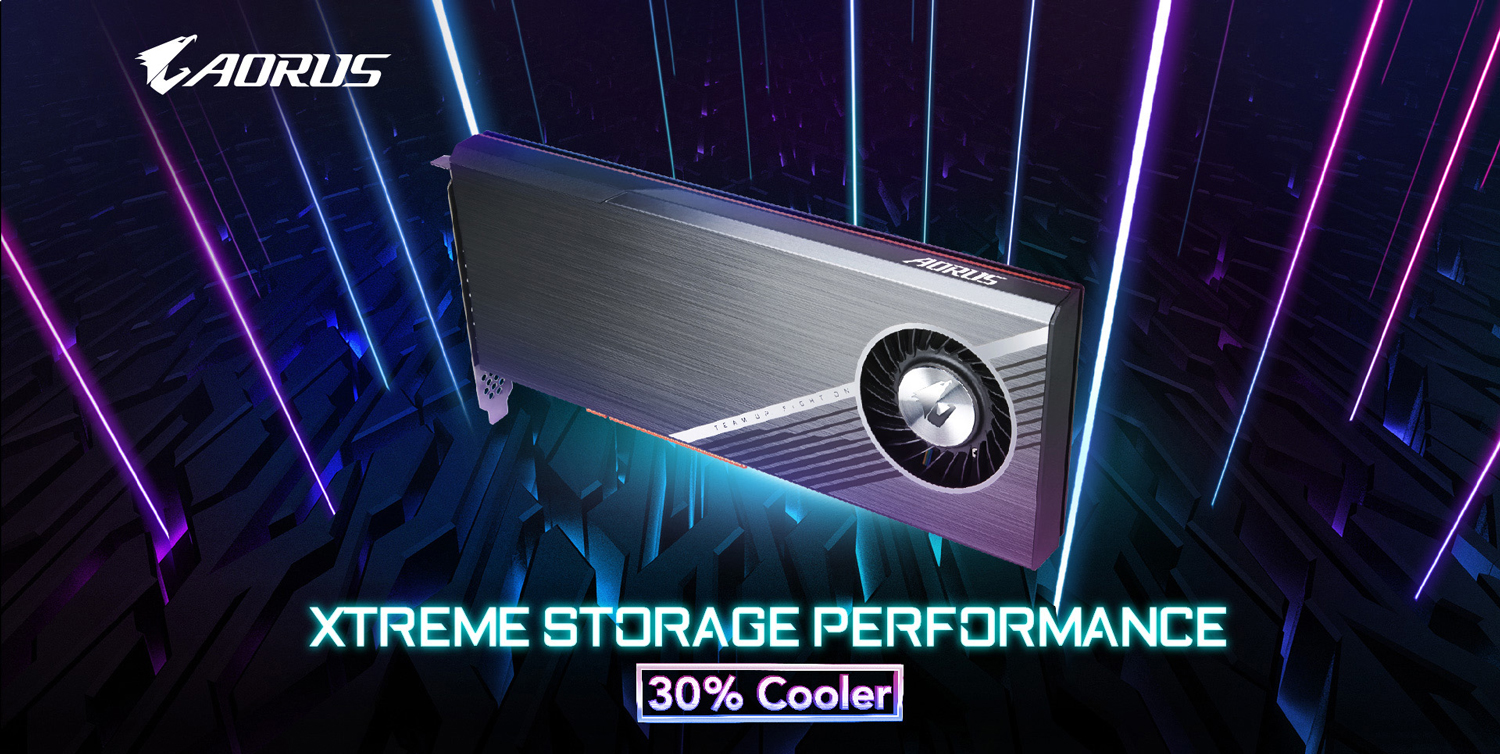 “With advancements in both hardware and flash memory, users are going to need higher bandwidth to gain access to faster transfer speeds and performance. PCIe 4.0 offers up to 32GB/s (x16) bandwidth and leads a new era of impressive storage performance,” said Jackson Hsu, Director of the GIGABYTE Channel Solutions Product Development Division. “At COMPUTEX 2019, our PCIe Gen4 SSD and 8TB AIC SSD not only received a lot of applause, we also received a lot of questions regarding these exciting new products and their launch dates. With the launch of the AORUS Gen4 AIC SSD 8TB, the wait is over and users can now try this new, advanced storage solution. We’re also releasing an AORUS Gen4 AIC Adaptor which is compatible with NVMe M.2 SSDs so it offers a lot of value for those seeking ultra-high performance at a competitive value.”

Furthermore, AORUS Gen4 AIC SSD 8TB comes with eight thermal sensors which are used with the GIGABYTE exclusive AORUS Storage Manager, enabling users to monitor the temperatures of all four sets of M.2 SSDs. AORUS Storage Manager comes with three fan operating modes for silent and effective cooling. The independent PCIe Gen4 controller chip design ensures that each SSD operates with Gen4 bandwidth, providing the fastest and most stable performance. The AORUS Gen4 AIC Adaptor doesn’t include M.2 SSDs but utilizes the same design, hardware control, and thermal design as the AORUS Gen4 AIC SSD 8TB. Users have plenty of flexibility for storage device setups as they can install their own NVMe M.2 SSDs with the AORUS Gen4 AIC Adaptor and can configure a RAID 0 Array with a single click for impressive storage performance!

AORUS Gen4 AIC SSD 8TB supports the PCIe 4.0 interface and is backward compatible with PCIe 3.0 so regardless of which interface used, users are getting the most out of their storage devices. When the AORUS Gen4 AIC SSD 8TB is paired with the GIGABYTE X570 motherboards which feature low impedance, server-grade board designs with a PCIe 4.0 overclocking chip, PCIe bandwidth is further increased, elevating the performance of PCIe storage devices as well as unlocking hidden performance from peripherals. With ultra-fast transfer speeds, users will be able to enjoy PCIe 4.0 level performance.