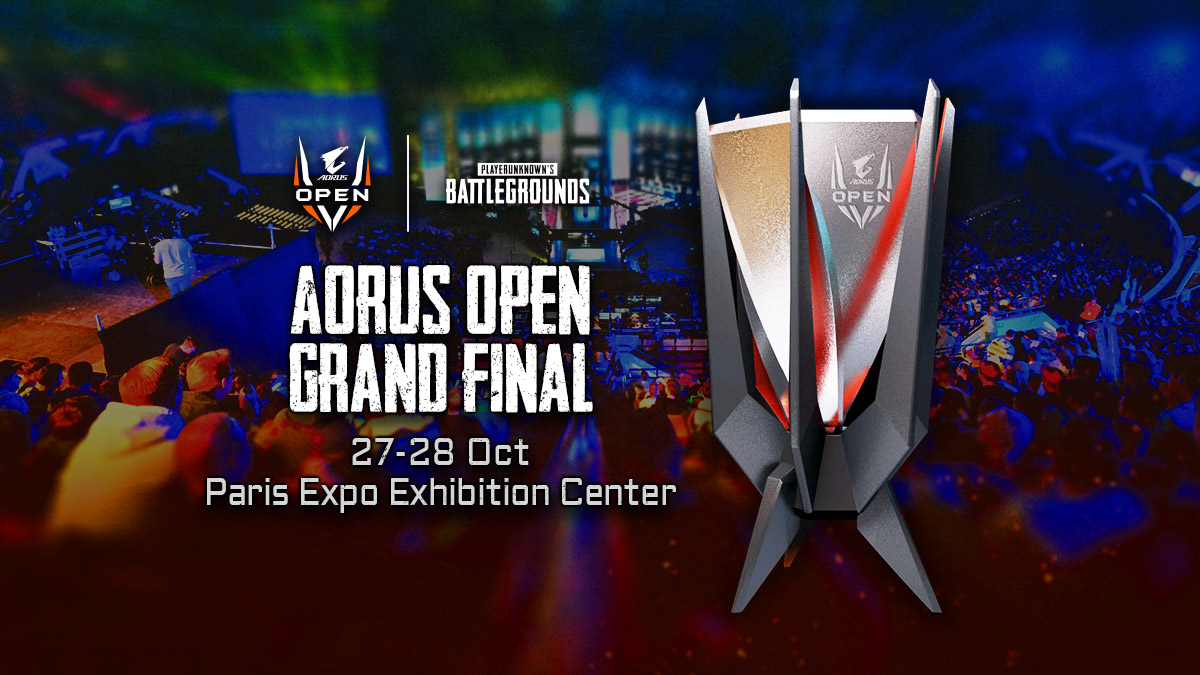 With more than 5,500 teams participated, and through 40 cross-continent qualifiers in an intense 4-month span, AORUS OPEN PUBG Tournament has now reached an epic climax with the grand final that will take place in Paris, France. This weekend, from October 27 to 28, a total of 6 world’s elite PUBG amateur duos from China, USA, Germany, Taiwan, France, and Korea will face off live on stage at Paris Games Week to compete in a series of 9 games for their share in a US$45,000 prize pool and the title of AORUS OPEN world championship.

AORUS OPEN is the highest level of amateur esports PUBG competition on a global scale. The tournament is played in a unique CQB (Close Quarters Battle) game mode developed by Team AORUS in conjunction with the game developer to guarantee an exciting tournament for players and viewers alike. A constantly shrinking safe zone delivers more action and stops players from simply camping out. Higher chances for in-game loot, such as assault rifles and med kits, will also be keeping players on their heels at all times.

The 6 finalists who fought hard for their places from online qualifiers to regional finals have now arrived in Paris to represent their home region for the final showdown. B3LA Gaming will step onto the battleground to defend their home court for France. Germany will be represented by Fettarme Milch. From the Far East, Taiwan sends its finest with Team MK, whilst China and Korea will deploy their tops in the race as well with Team XiYou and Team X respectively. From North America, The Happy Campers are ready to show off their skills on the world stage.

The grand final will be streamed live and casted by PUBG streaming personalities from these six regions. The first 4 rounds will set to start on Saturday, October 27 on the ESL Stage in Hall 3 at Paris Games Week. The action continues on Sunday, October 28 as the team that racks up the most points after 9 rounds will be crowned as the AORUS OPEN PUBG Tournament 2018 world champion.

AORUS will also be broadcasting the grand final live on its social media. Get complete tournament coverage and all the latest updates on your local AORUS Facebook page or AORUS OPEN official site at https://open.aorus.com/