Looking Towards 5G and the Transformation of Our Technology Ecosystem

When everything in the world becomes connected to the internet, human society will become a huge, highly intelligent organism. The “brain” of this organism will be the cloud, and its limbs will be a variety of end applications such as smart phones, AI-enabled robots, self-driving cars and smart factories. 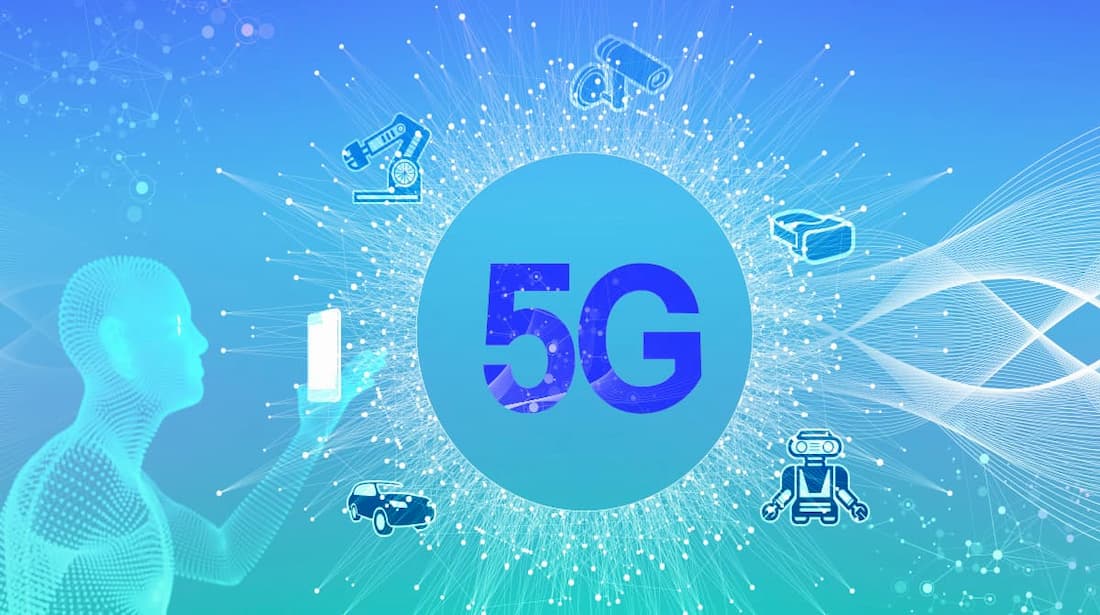 In this current era of rapid telecommunications technology development, the arrival of 5G is of undoubted historical significance. Providing transmission speeds from 1Gbps to up to 20Gps, 5G will be fast enough to completely transform of our industrial society. If it is said that 1G to 3G networks realized human to human mobile communication, and 4G realized mobile internet connectivity, then 5G will be able to connect everything in the world together. And 5G will be just like the advent of electricity – before it was invented it was not a necessity, but now it is hard to imagine life in our modern society without it. 《Glossary: What is 5G?》

When everything in the world becomes connected to the internet, human society will become a huge, highly intelligent organism. The “brain” of this organism will be the cloud, and its limbs will be a variety of end applications such as smart phones, AI-enabled robots, self-driving cars and smart factories. And 5G will form the “nerves” of this highly intelligent creature, playing the role of interspersing functions from the “brain” (the cloud) to the “limbs” (end applications) (figure 1). The more efficient the nervous system, the more flexible and sensitive this highly intelligent creature will become. From an industry perspective, all of these components are new technology ecosystems that are closely related to 5G and will play a vital role behind the scenes of the amazing end applications of 5G we will experience. 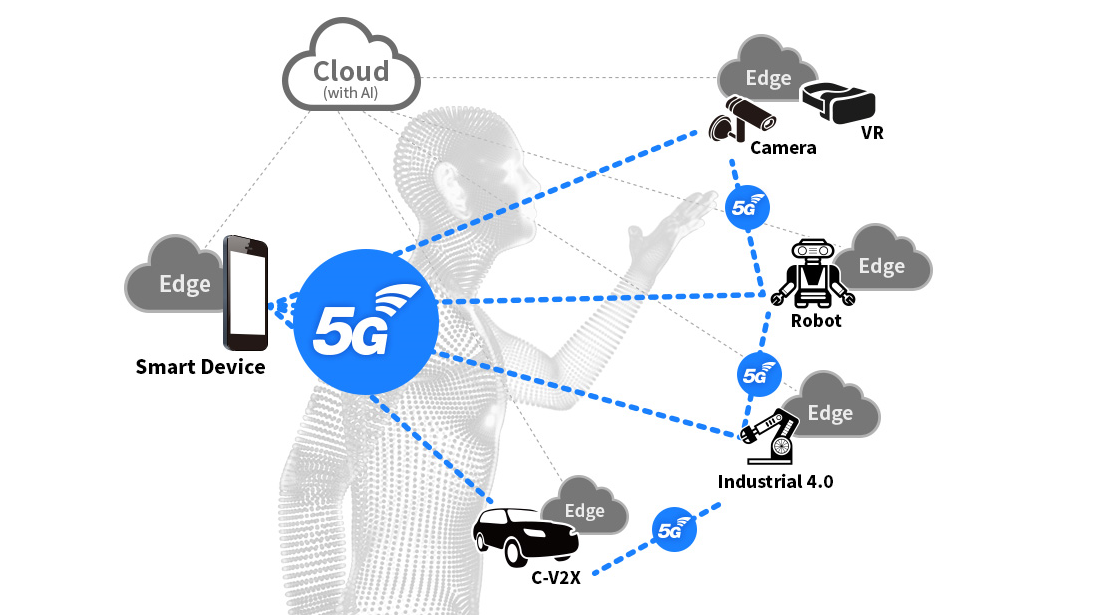 Figure 1. 5G Ecosystem: from the Cloud to the Edge
A New Ecosystem for 5G: the Expansion of Arm Computing Architecture
Within the current information technology ecosystem, ARM processor architecture dominates edge and end device equipment. For example, it has over 90% market share of mobile communication products, 65% of other consumer products, and 17% and 30% of networking & communication products and embedded products respectively. However, in the cloud the existence of Arm architecture is very low, with less than 1% market share. On the contrary, Intel’s x86 architecture, which has been defeated at the edge, is still king in the cloud with more than 95% of the server market share.

Of course, Arm is not going to just give up the market for cloud computing, which is vital to the function of the “brain” in our 5G smart society. Therefore, in 2018 Arm released its Neoverse roadmap, which utilizes process advantages taken from the development of its products for end and edge devices. Arm processors are mainly fabricated using TSMC and Samsung’s production lines, which have successfully achieved 7nm production yields and are now already moving to the 5nm process, in contrast to Intel’s own factories which are still stuck at a 10nm bottleneck, lagging behind TSMC and Samsung. Coupled with the requirements of 5G for ultra-low latency between the cloud and the edge, and the opportunity for Arm’s cloud processor architecture, which uses the same source code as edge devices, to gain market share is a given. If Arm can build a relatively complete x86-like ecosystem in the cloud, and can successfully connect 5G networks from the edge to the cloud, its low power consumption and open source characteristics will give it a fast growing market. At present, many large cloud providers such as Amazon, Microsoft and Facebook all claim to be using Arm processors in their data center, and Japan’s next generation supercomputer “Fugaku” will also be built using Arm processors.

GIGABYTE has been a leading pioneer in the development of Arm servers. As early as 2013, GIGABYTE released R120-P30, the world’s first Arm64 processor server. Later, GIGABYTE partnered with Cavium (acquired by Marvell in 2018) to develop and sell ThunderX and ThunderX2 dual socket servers, which were the first Arm servers to enter mainstream and HPC markets. Due to the advantages of GIGABYTE’s modular design, any new Arm CPU platform can be quickly imported into our existing x86 server architecture, and GIGABYTE has already become a core member of the Arm industry ecosystem. 《Glossary: What is HPC?》
A New Ecosystem for 5G: the Rapid Rise of Edge Computing
The adoption of edge computing has been re-energized by the arrival of 5G, mainly to correct and strengthen the weak links between the Internet of Things and the cloud, including improving speed, stability and economic efficiency. Particular emphasis is placed on applications that require immediate response times, such as drones, obstacle-avoidance functions of self-driving vehicles, and factory automation controls. If the data from these applications is sent completely back to the cloud for processing, the results will be delivered too late for the end device to take any relevant action. Therefore, establishing new edge computing data centers located close to 5G network access points will be a huge new business opportunity driven by 5G. According to the market forecast of 5G giant Qualcomm, the growth rate of edge computing will be more rapid than the growth of the cloud. 《Glossary: What is Edge Computing?》

Obviously, the rapid rise of edge computing will become a battleground for vendors in the new 5G ecosystem. From a technical point of view, entities involved in edge computing processing are still considered to be data centers, but a data center built for edge computing is different from existing data centers in the Cloud. Ultra-low latency, low power consumption, and relatively limited computational power are several important features of edge computing data centers. Who will win this new battle for the Edge? Will it be the cloud-advantaged x86 architecture or Arm, which leads far ahead in end-point and edge devices? Only time will tell.

Figure 2. GIGABYTE H242 Server Series for Edge Computing
GIGABYTE certainly won’t be absent from this 5G edge computing battleground either. After conducting market research, GIGABYTE has found that the design of an edge server should be different from a cloud computing server which has dual processors (DP), a large size, high computing performance and high power consumption. Instead, an edge server should feature a single processor (UP), short size, relatively lower computing performance and lower power consumption. Based on these specifications, GIGABYTE worked with AMD to develop a new system based on their new-generation 7nm EPYC 7002 Series Processor platform, and has launched the H242 Series (Figure 2) that is dedicated to the edge computing market. This series not only meets the requirements of edge computing, but also features the latest high speed PCIe Gen 4 data transmission technology. GIGABYTE is also planning to integrate acceleration cards with the H242 series to provide a complete solution for 5G edge computing. 《Glossary: What is PCIe?》
A New Ecosystem for 5G: Competition between the US, China and Major Vendors
A new storm is brewing in the historical struggle for hegemony between China and the USA. Competition over 5G between the two superpowers has become a new battlefield, with the path of development for 5G technologies and ecosystems (from the cloud to the edge) very different for each. China is mainly supporting Huawei to establish complete, globally-leading 5G technologies and solutions with a vertically integrated model. However, Huawei’s ecosystem is closed and competes with other companies in each market segment, which may limit its expansion. Among 5G technology manufacturers in the United States, Qualcomm and Intel were originally the most competitive. However, in April 2019 Intel announced that it will withdraw from the development of 5G chips, leaving Qualcomm as the main competitor in the 5G battle. Qualcomm’s 5G development model is different from Huawei, promoting co-operation between major vendors in each industry chain to achieve a diversified industry ecosystem. Of course, this model also has its drawbacks: the speed of research and development will be slower, and the interests of different parties can compete with each other to create conflicts.

GIGABYTE also wants to play a role in the new 5G ecosystem. Not enough to rely solely on one’s own efforts, it is very important to find strong allies who are willing to work together side by side. Qualcomm, which has a development strategy of strengthening its joint efforts with major manufacturers in various industries, is an ideal partner. GIGABYTE had already together worked with Qualcomm to jointly develop a server based on their Centriq Arm SoC, which eventually did not launch into the market due a change in company strategy. However, this project still allowed for the accumulation of excellent business friendship and trust between the two companies. GIGABYTE will continue to deepen co-operation with Qualcomm, working together to advance the 5G industry from the edge to the cloud.
《Learn More: The 5G iMEC Networking Platform You Can’t Miss》
Realtion Tags
Cloud
Edge Computing
5G
ARM
Eco-system
PCIe
WE RECOMMEND

What is a Server? A Tech Guide by GIGABYTE
In the modern age, we enjoy an incredible amount of computing power—not because of any device that we own, but because of the servers we are connected to. They handle all our myriad requests, whether it is to send an email, play a game, or find a restaurant. They are the inventions that make our intrinsically connected age of digital information possible. But what, exactly, is a server? GIGABYTE Technology, an industry leader in high-performance servers, presents our latest Tech Guide. We delve into what a server is, how it works, and what exciting new breakthroughs GIGABYTE has made in the field of server solutions.
Artificial Intelligence Scalability Virtual Switch

What is Edge Computing? Definition and Cases Explained
With the proliferation of 5G communications technology, edge computing—the practice of performing computing tasks as physically or logically close as possible to where data is created and commands are executed—has begun to permeate the modern world of smart technology. In this article, we explore the concept of edge computing in detail, and explain how it offers many excellent advantages, especially in terms of latency reduction for applications that rely on real-time decision-making.
Baseband Processor NFV(Network Functions Virtualization) SDN (Software Defined Networking)