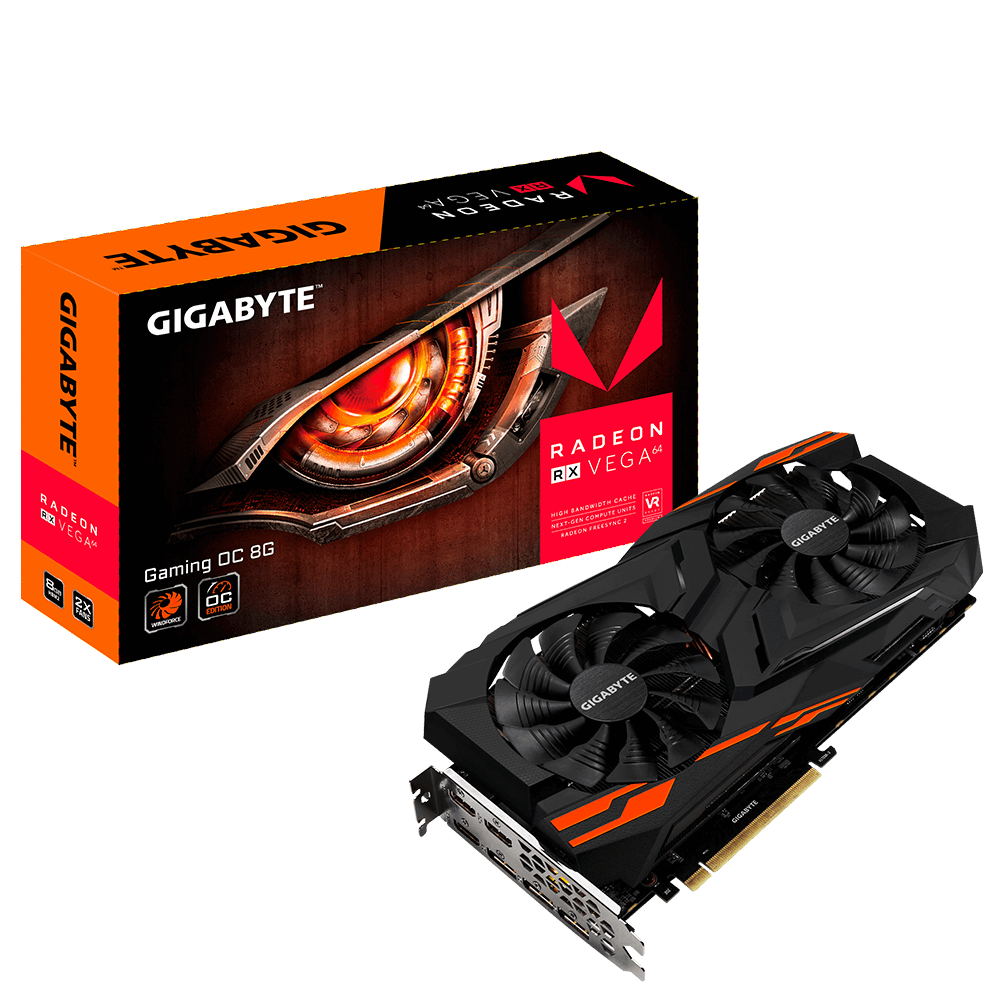 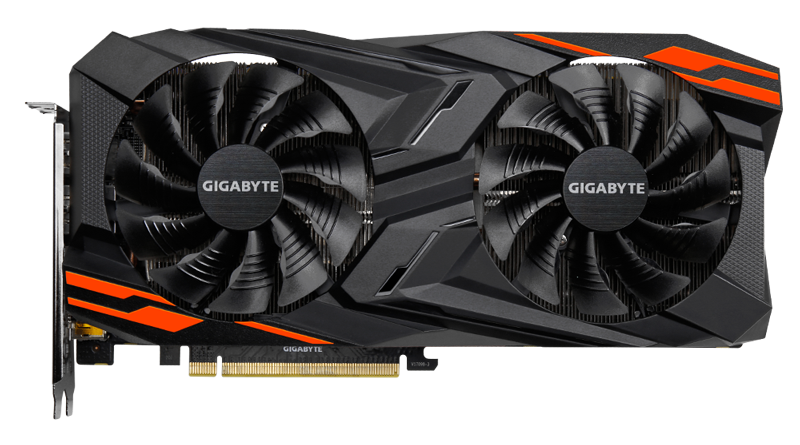 Taking advantage of the renowned WINDFORCE 2X cooling system, GIGABYTE Radeon™ RX VEGA 64 GAMING OC 8G ensures chill and silence when taking on today’s most graphically intensive games. Two 100mm fans paired with five composite copper heat pipes in direct touch to the GPU keep the temperature in check. Excessive heat from GPU not only gets dissipated utilizing the massive cooling module in the front but also through the back side with a copper plate, providing a well-rounded thermal solution for the GPU. One heat-pipe also extends to the back to dissipate heat from the key components. Other cooling features, such as the alternate spinning fan design, the angular fin design, and semi-passive fan profile, together deliver enhanced thermals.

For maximum output versatility, GIGABYTE Radeon™ RX VEGA 64 GAMING OC supports up to 6 displays with 3 Display port and 3 HDMI outputs. Gamers can arrange up to 6 monitors in any setup they like. The additional HDMI ports also allow gamers to connect their VR headset and displays simultaneously, as they can dive right into virtual reality any time without the hassle of swapping cables.

GIGABYTE Radeon™ RX VEGA 64 GAMING OC is built strong with a protective metal back plate, as well as using the highest-grade chokes and capacitors for outstanding performance and a durable system lifespan. The card is further backed by a 12+1 power phase design for load balance that effectively extends the stability and longevity with lower component temperature. It ultimately allows greater overclocking capability, reinforcing higher, stable boost clocks at heavy load.