NIPA Cloud is a leading public and private cloud service provider in Thailand. It has purchased multiple GIGABYTE R-Series Rack Servers to support the launch of its new service: NIPA Enterprise Public Cloud. Featuring powerful AMD EPYC™ processors and smart management functions, GIGABYTE servers boast the performance, availability, and power efficiency that can help NIPA Cloud go toe-to-toe with some of the world’s biggest CSPs, such as AWS, GCP, and Microsoft Azure. 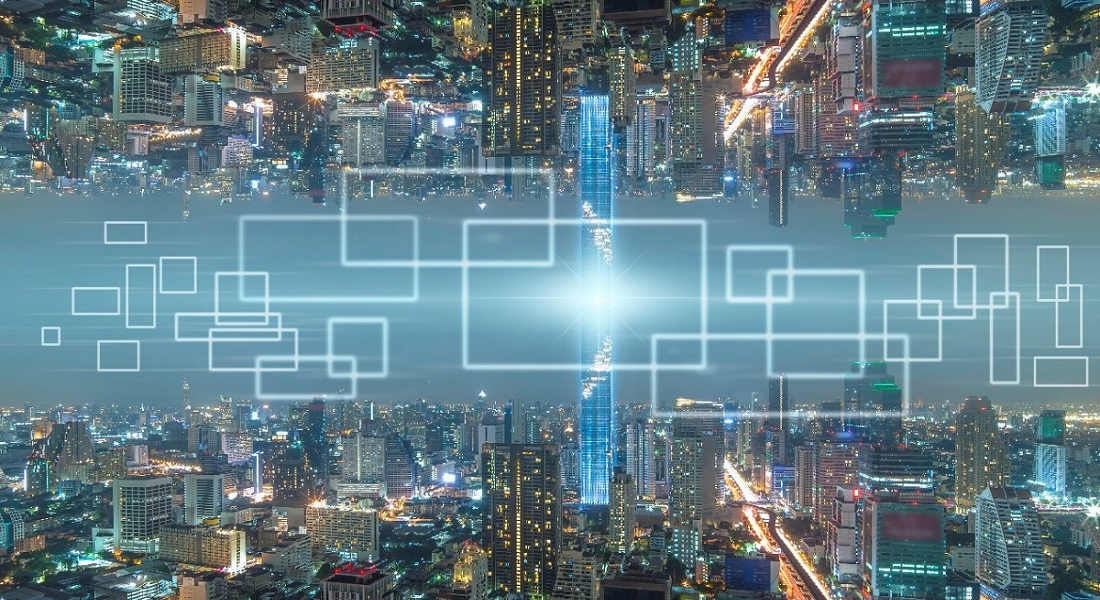 Glossary:
《What is Cloud Computing?》
《What is OpenStack?》

Thailand’s cloud market is a proverbial gold mine. The research firm Gartner forecasts that by 2022, cloud spending in Thailand will surpass US$ 1 billion. The research firm IDC forecasts that by 2024, cloud spending will make up just 5% of Thailand’s total IT spending. The seemingly contradictory numbers belie enormous opportunity: a lot of Thai companies are migrating to the cloud for the first time, while many others are on the fence. The billion-dollar question is this: what will it take to convince them?

Drawing on their years of experience, NIPA Cloud has identified three indicators that are evaluated by Thai companies when they consider cloud migration:

1. Cost-efficiency: Switching to the cloud should provide more resources at a better cost.
2. Availability: Services should always be available and reliable; after all, no one wants to see operations grind to a halt because of server issues.
3. Security: It must be safe and legal to store sensitive data on the cloud. Tech support should be standing by to provide assistance if there is trouble.

Some of the world’s biggest CSP brands, such as Amazon Web Service (AWS), Google Cloud Platform (GCP), and Microsoft Azure, are eyeing the growing Thai market. To maintain their position, NIPA Cloud launched “NIPA Enterprise Public Cloud” in September of 2021. This is a new cloud computing service for enterprise customers. It offers benefits beyond the scope of the current Public Cloud service, which has been in operation since 2017, such as multisite infrastructure support, improved security, fabric networking, unlimited bandwidth, and faster data transfer on 5G or IoT networks. The new service has been made possible with server solutions from GIGABYTE.

Glossary:
《What is 5G?》
《What is IoT?》
Competing with Titans in the Billion-Dollar CSP Market
“Cloud is truly the foundation of digital transformation, and we believe we will be a cloud pioneer in the corporate world,” says Dr. Abhisak.

NIPA Enterprise Public Cloud addresses the issue of security by adding a Network Access Control List within the instance, which provides greater control and flexibility. NIPA Cloud also offers 24/7 tech support, which can provide consultation about compliance with the Personal Data Protection Act (PDPA), should the client have questions.

However, the issues of cost-efficiency and availability represent more of a hurdle. Somehow, NIPA Cloud must offer more computational resources to their customers while making everything cost less. What’s more, it needs to guarantee the availability of its services. These challenges are common problems faced by the world’s leading CSPs. Now, NIPA Cloud has joined their ranks.

The solution has been to pair the new cloud service with GIGABYTE servers. Three models from the R-Series of Rack Servers were selected: R282-Z90, a 2U 12-bay server; R182-Z90, a 1U 4-bay server; and R182-Z92, a 1U 10-bay NVMe server. All three models run on dual AMD EPYC™ 7002 series processors. They offer impeccable performance, availability, and power efficiency—just what NIPA Cloud needs to satisfy its customers.

Using these servers, NIPA Cloud has built a new computing cluster and assigned roles to each model. The R282-Z90 is the controller node, used by administrators to manage the entire cluster. The R182-Z90 is the compute node, which processes data. The R182-Z92 is the storage node that stores data. Both the R282-Z90 and R182-Z90 run on AMD EPYC™ 7642 processors, while the R182-Z92 is powered by AMD EPYC™ 7402 processors.《Glossary: What is Computing Cluster?》

GIGABYTE servers offer these two primary benefits:
1. Incredible performance and faster data transfer speeds, made possible by the AMD EPYC™ processors and other key components.
2. Smart management functions that guarantee availability and optimize power efficiency.
Incredible Performance and Faster Data Transfer with AMD Processors
AMD EPYC™ processors lie at the heart of the powerful GIGABYTE servers. Launched in 2017, these processors utilize the same x86 architecture as Intel Xeon, but they offer a higher number of cores and threads per CPU. This makes them the natural choice for customers who want to get more computing power out of each processor. 《Glossary: What is thread?》

What’s more, AMD EPYC™ processors support PCIe Gen 4.0, which boasts a maximum bandwidth of 64GB/s that is twice as fast as the previous generation. This doubles the bandwidth available from the CPU to other key components within the server, such as graphics cards, storage devices, or high-speed network cards. The EPYC™ processors feature eight-channel DDR4 memory lanes, which can support RDIMM or LRDIMM memory modules with a speed of up to 3200MHz, even at two DIMMs per channel. This feature is a unique solution developed by GIGABYTE. It gives customers a performance edge with more memory capacity at faster speeds than other products on the market.

GIGABYTE R182-Z90 servers handle computing for NIPA Enterprise Public Cloud. Its AMD EPYC™ processors contain a high number of cores and threads, making it possible for NIPA Cloud to offer more computational resources and better performance at a competitive cost.
The upshot of all this is that clients using NIPA Enterprise Public Cloud can enjoy more computational resources than they’ve had before at a better cost, because they can rent more or less capacity depending on the situation, and they don’t have to worry about upkeep. NIPA Cloud also benefits from the AMD processors with a high number of cores in each CPU, since they can fulfill more requests with the same number of servers, which is very cost-efficient.
Smart Management Functions for Availability and Power Efficiency
The second issue customers consider when migrating to the cloud is the question of availability. Access to cloud services cannot be interrupted; therefore, servers hosting the cloud must always be online, and they should conserve energy if possible, to protect the environment and help the operator reduce costs. To this end, GIGABYTE offers a variety of smart management functions in its servers:

Patented by GIGABYTE, SCMP is a feature included in servers without a fully redundant power supply unit (PSU) design. With SCMP, in the event of a faulty PSU or overheating, the system will force the CPU to go into an ultra-low power mode to reduce the power load, which protects the system from unexpected shutdowns and avoids component damage or data loss.

To prevent downtime or data loss that may result from a power outage, GIGABYTE implemented SmaRT in all its servers. In the unfortunate event of a blackout, the system will manage its power consumption (known as throttling) while maintaining availability and reducing the power load. Capacitors within the PSU can provide power for ten to twenty milliseconds, which is ample time to transition to a backup power source, ensuring that services would not be disrupted.

GIGABYTE servers are enabled with Automatic Fan Speed Control to achieve optimal cooling and power efficiency. Individual fan speeds will be automatically adjusted according to temperature sensors strategically placed inside the server.

To take advantage of the fact that a PSU will run at greater power efficiency with a higher load, GIGABYTE has introduced a power management feature called Cold Redundancy for servers with N+1 redundancy. When the total system load falls lower than 40%, the system will automatically place one PSU in standby mode, resulting in a 10% improvement in power efficiency.

GIGABYTE R182-Z92 servers make up the storage node of NIPA Enterprise Public Cloud. As with the majority of GIGABYTE servers, it is protected by a host of smart management functions, such as automatic fan speed control, Cold Redundancy, GSM, SCMP, and SmaRT, to prevent service interruption and data loss.
● GIGABYTE Server Management (GSM)

Other providers may charge for management software; however, GIGABYTE Server Management (GSM), a proprietary remote management console (RMC) for multiple servers, is free to download on the official GIGABYTE website. Fully compatible with either IPMI or Redfish (RESTful API) connection interfaces, GSM is comprised of various sub-programs that enable easy management of the entire cluster. NIPA Cloud administrators can monitor and manage the new cluster remotely, ensuring the availability of cloud services.
Building a Smarter, Better Tomorrow with Cloud Migration
A member of the team knowledgeable about the selection process says that NIPA Cloud considered a number of brands, but ultimately chose GIGABYTE, “Because GIGABYTE is known for its good quality and competitive price, and its server products help NIPA Cloud provide better cloud computing services for customers.”

Dr. Abhisak says, “NIPA Cloud is unique as a local brand because we can compete with global CSPs like AWS, GCP, and Microsoft Azure, not to mention emerging Chinese providers.” Buoyed by the new NIPA Enterprise Public Cloud and supported by GIGABYTE’s industry-leading server solutions, NIPA Cloud is confident of securing its foothold in the burgeoning Thai market. It also has plans to expand to other Southeast Asian countries, including Myanmar, Malaysia, and Singapore.

GIGABYTE is happy to bolster NIPA Cloud’s ongoing effort to offer world-class cloud computing services to customers in the region. GIGABYTE’s motto is “Upgrade Your Life”. It is a tireless commitment to the proliferation of cutting-edge technology in our daily lives, so we can build a smarter and better tomorrow. Cloud migration will certainly advance this vision, as enterprises can create better value with ample computational resources, and workers can benefit from more innovative tools and services.

By using GIGABYTE, Spain’s Institute for Cross-Disciplinary Physics and Complex Systems is pitting the world’s foremost server solutions against some of the world’s most pressing issues, including the effects of climate change, the effects of pollution, and the COVID-19 pandemic. GIGABYTE servers are up to the diverse and daunting tasks, because they are designed for high performance computing, intensive numerical simulations, AI development, and big data management.

Processors based on the ARM architecture, an alternative to the mainstream x86 architecture, is gradually making the leap from mobile devices to servers and data centers. In this Tech Guide, GIGABYTE Technology, an industry leader in high-performance server solutions, recounts how ARM was developed. We also explain the various benefits of ARM processors and recommend ARM servers for different sectors and applications.

Setting the Record Straight: What is HPC? A Tech Guide by GIGABYTE

The term HPC, which stands for high performance computing, gets thrown around a lot nowadays, as server solutions become more and more ubiquitous. It is running the risk of becoming a catchall phrase: anything that is “HPC” must be the right choice for your computing needs. You may be wondering: what exactly are the benefits of HPC, and is HPC right for you? GIGABYTE Technology, an industry leader in high-performance servers, presents this tech guide to help you understand what HPC means on both a theoretical and a practical level. In doing so, we hope to help you evaluate if HPC is right for you, while demonstrating what GIGABYTE has to offer in the field of HPC.

Created by Greener Grass Production, the Taiwanese sci-fi mini-series “2049” has debuted on Netflix and various local TV channels. The animated spin-off “2049+ Voice of Rebirth”, crafted by Xanthus Animation Studio, will soon premiere on the streaming service myVideo. The CGI show was created with the NCHC Render Farm’s GIGABYTE servers, which employ top-of-the-line NVIDIA® graphics cards to empower artists with industry-leading rendering capabilities. The servers can take on multiple workloads simultaneously through parallel computing, and they boast a wide range of patented smart features that ensure stability and availability. With all it has going for it, “2049+ Voice of Rebirth” may garner enough attention to become the breakout hit that will introduce Taiwanese animation to international audiences.
SHARE VIA
Email Sales
Back to top