Waseda University, the “Center for Disaster Prevention around the World”, has built a computing cluster with GIGABYTE’s GPU server and tower servers. They use it to study and prepare for natural disasters, such as tsunamis and storm surges. Efforts go into understanding the tropical cyclones of tomorrow, which are thought to become more dangerous due to climate change. 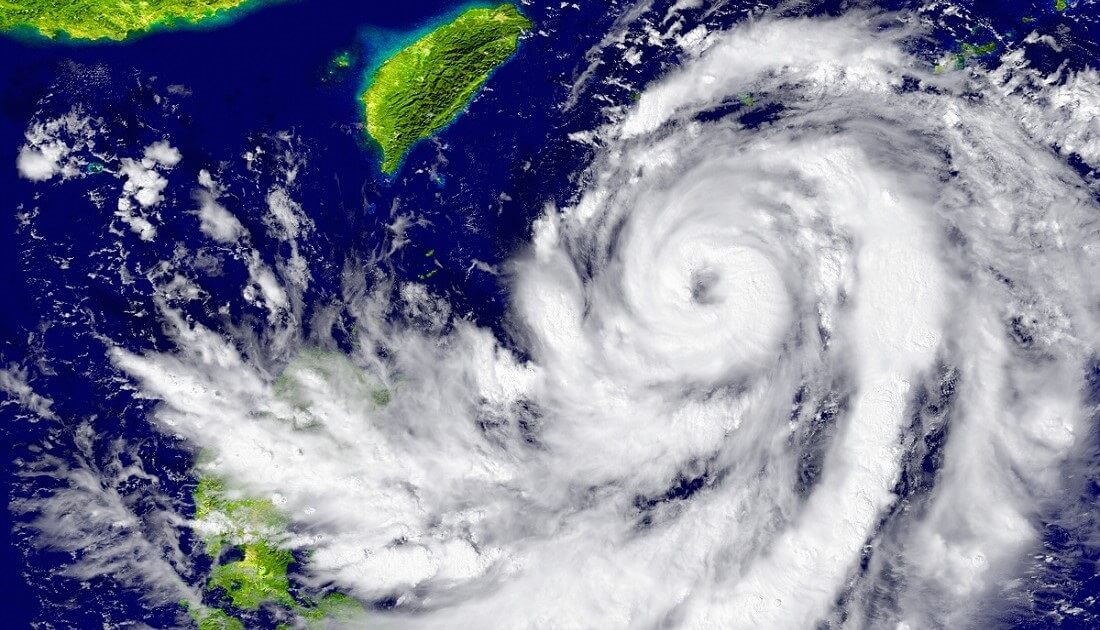 Located in central Tokyo, Waseda University is one of Japan’s top private research universities. It consistently ranks among the most prestigious institutes in Japanese university rankings. Illustrious alumni include CEOs of international conglomerates, seven Japanese Prime Ministers, and even the famous writer, Haruki Murakami.

Shibayama Lab is part of the Department of Civil and Environmental Engineering at Waseda University; it’s also part of the Research Institute of Sustainable Future Society at Waseda University. Headed by Professor Tomoya Shibayama, it focuses on coastal engineering and coastal disaster prevention. Its goal is to protect the residents of coastal areas and create a robust and sustainable coastal zone. In the words of Dr. Shibayama, “Waseda University is becoming a center for disaster prevention around the world, specifically as it relates to tsunamis and storm surges.”

In recent years, extreme weather events have become more common due to climate change. The Asia-Pacific (APAC) is no stranger to intense rainfall, tropical cyclones, and storm surges. But these events are increasing in severity. Half of Asia’s population—2.4 billion people—reside in areas vulnerable to extreme weather. 43,000 people are killed every year in floods, storms, and landslides. These catastrophes cost APAC around US$ 675 billion annually.*

Shibayama Lab is keen to understand how climate change is impacting the coastal environment. After a disaster, researchers conduct on-site surveys to collect data. Back in the lab, they employ high-end computers and laboratory experiments to reproduce the conditions. Numerical models are used to assess past and future storms, estimate sea level and wave height, plan for evacuations, and more. The information helps communities prepare for the consequences of climate change—not just in APAC, but around the world.

Historical and future simulations of wave conditions during storms near Canada and the United States. It is predicted that as early as mid-century, we could see an ice-free Arctic Ocean in the summer months. (Images provided by Shibayama Lab)
However, simulating natural disasters on computers can be tricky. Huge quantities of meteorological data must be poured into the systems to precisely recreate the situation. These studies yield valuable findings that can help save lives and property. Fast and accurate computing may be all that stands between coastal communities and calamity.

In mid-2020, Shibayama Lab built a new computing cluster with GIGABYTE’s W291-Z00 AMD EPYC™ UP Tower System and G221-Z30 GPU Server. The cluster allows scientists to acquire faster, more accurate, and more informative insight into coastal disasters, and learn how to best prevent and cope with them. As a result, Waseda University’s disaster prevention capabilities have been elevated to a whole new level.

Learn More:
《More information about GIGABYTE's Tower Server》
《More information about GIGABYTE's GPU Server》
GIGABYTE Servers Enable Faster and More Accurate Modelling and Analysis
The servers from GIGABYTE are a welcome addition to the lab’s calculation capacity. Says Dr. Shibayama, “With them, we will be able to accelerate our understanding of how climate change affects the storm surges generated by typhoons around the Asia-Pacific regions, including Taiwan and Japan.”

When a potentially devastating storm system appears, researchers look at real-time data from satellites to assess its path and intensity. While government institutions are mostly in charge of short-term forecasts, expert researchers are often consulted to offer recommendations. Having a slow system means longer wait times. However, lowering the model resolution to speed up calculations is also inadvisable, since it runs the risk of producing data that’s too rough to provide actionable intelligence. Often, it is necessary to conduct dozens of simulations, if not more, in order to produce results that are of the highest quality.

The team worked with GIGABYTE to assemble a new computing cluster with four nodes for their lab. The G221-Z30 GPU server acts as the control node. Three W291-Z00 tower servers are used for the other nodes. The result is a fast and powerful cluster unlike any the lab has ever seen.

CPU-intensive tasks such as weather and ocean modelling applications can now be carried out without a hiccup, delivering critical information in a timely manner. Shibayama Lab estimates the waiting time for simulation results has decreased by 75%. The cluster can also run multiple simulations simultaneously via parallel computing, which is important to run multiple configurations of the same natural disaster, or to simulate different disasters at the same time. 《Glossary: What is Parallel Computing?》 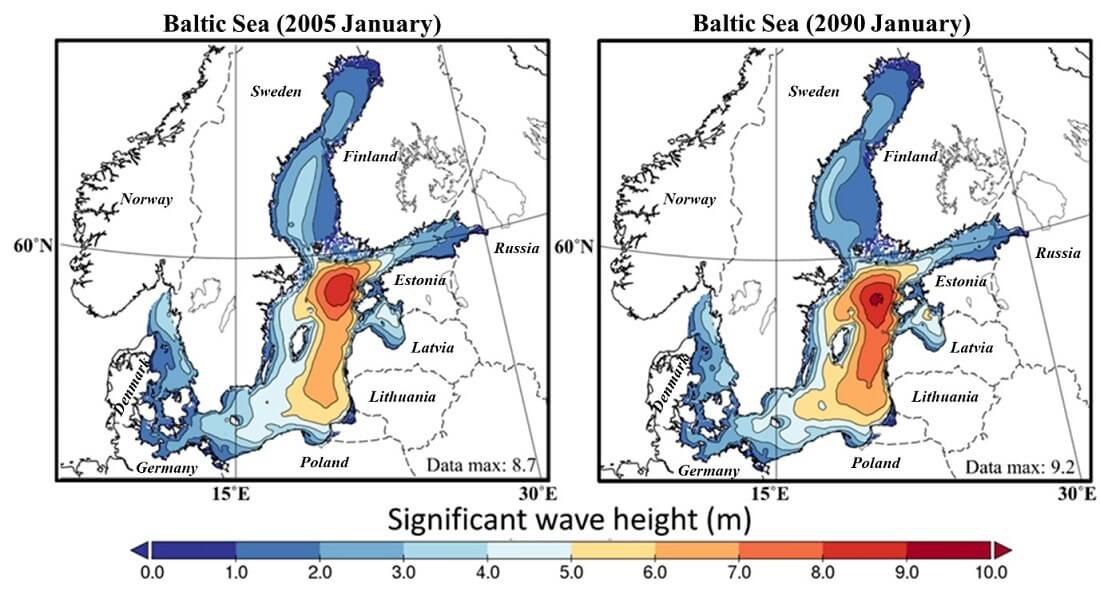 Historical and future simulations of storm wave conditions in the Baltic Sea. Studies suggest we can expect future storms to become stronger under extreme climate warming scenarios, such as those outlined in the CMIP5 models presented in the IPCC Fifth Assessment Report. (Images provided by Shibayama Lab)
Not only are the simulations produced more quickly, they are also highly detailed. For example, in evacuation simulations, a blip on the display used to correspond to a hundred people. It can now be enhanced to represent each individual evacuee. This degree of detail guarantees that no aspect of the disaster is neglected, and no one is left behind.

Needless to say, the scientists are deeply impressed. They highlight three reasons why GIGABYTE has been the right choice for their vital research.
One: AMD EPYC™ Processors and GIGABYTE’s Expert Consultation
From the beginning, the team at Shibayama Lab knew they wanted systems that ran on AMD EPYC™ processors, an innovative alternative for the x86 space that boasts superb performance and security. A researcher at the lab describes the process:

“We wanted the AMD CPU because it has more cores and threads than what we had, but we were not sure which servers to choose. Fortunately, GIGABYTE provided the most suitable solution for our needs.”

The G221-Z30 GPU Server acts as the control node of the cluster due to its excellent performance. It also has ample storage space, eliminating the need for external hard drives.
GIGABYTE drew on its years of experience and expertise to recommend the W291-Z00 from its tower server product line and the G221-Z30 from its GPU server product line. Both run on AMD EPYC™ processors, which feature 32 cores, 8 memory channels, and 128 PCIe lanes. These high-performance CPUs satisfy the team’s wish to run simulations faster in less time. The G221-Z30 acts as the control node due to its excellent performance, as well as its impressive storage capacity, which lets the users store essential files in the system without the need for external hard drives.

What’s more, the GIGABYTE solution is outfitted with a massive amount of RAM, which is required to render exquisitely detailed models. The simulation can now display a much larger area at a much higher resolution. More information translates to greater accuracy in the lab’s observations and predictions.

“Most of the challenges came from setting up a cluster system in a way that worked for our needs. A lot of the initial setup challenges were resolved thanks to expert consultation provided by GIGABYTE,” says Dr. Martin Mäll, an Estonian researcher at Shibayama Lab.

Dynamic fan speed control is available on both the G221-Z30 and the W291-Z00 to achieve optimal heat dissipation. This means individual fan speed will adjust automatically based on the system’s temperature to deliver favorable power efficiency and cooling. It is also possible to manually create and edit the fan’s speed profiles according to the client’s specific requirements.

Intelligent power management is also conducive to smooth operations. SCMP (Smart Crises Management/ Protection) is a GIGABYTE-patented feature that makes the CPU enter ultra-low frequency mode (ULFM) in case of problems with the power supply unit, such as overheating or fan malfunction. This prevents system shutdown. Once the issue has been resolved, the system will automatically return to normal power mode.

The W291-Z00 AMD EPYC™ UP Tower System can serve as a high-performance business server or a node in a computing cluster. It comes with SCMP and dynamic fan speed control.
Three: Future-Proofing with Cutting-Edge Technology and Excellent Quality
GIGABYTE’s computing cluster does more than help existing software realize its full potential. The inclusion of the latest technological breakthroughs means the team is essentially “future-proofing” valuable system resources by choosing GIGABYTE’s servers.

Currently, researchers are looking into computer vision and machine learning. Specifically, neural network technology can be applied to wave prediction by using Long Short-Term Memory (LSTM). The team is confident that the cluster will be up to the task. For example, GIGABYTE tower servers such as the W291-Z00 are well-suited to machine learning, software development, and rendering. 《Glossary: What is Machine Learning?》

Shibayama Lab also has high praise for GIGABYTE’s reputation and the quality of its products. They know GIGABYTE offers the whole package: from innovative hardware solutions, to expert consultation and recommendations, to excellent service and quality. Client satisfaction is GIGABYTE’s mission.
Dr. Shibayama puts it succinctly: “In the prevention of coastal disasters, simulations will be the main tool of the future. The addition of GIGABYTE’s servers is definitely helpful for us. Using them is a step in the right direction, because prediction accuracy has been greatly improved as a result.”
The scientists at Waseda University share a vision of the future, where real-time simulations of natural disasters will be possible, and the brunt of climate change may be partially mitigated. GIGABYTE is glad to contribute to their efforts. The world is always changing, but one thing is certain: smart application of the latest innovations can help solve our problems and "Upgrade Your Life".

* Source: UNDP in Asia and the Pacific (https://www.asia-pacific.undp.org/) 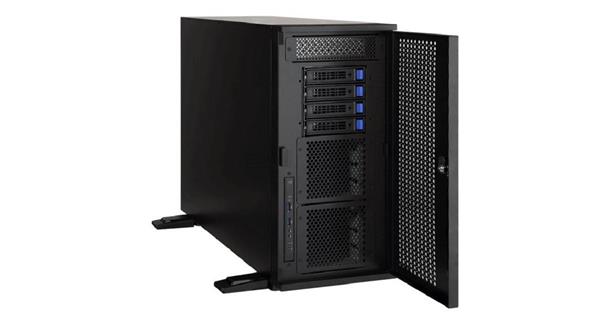 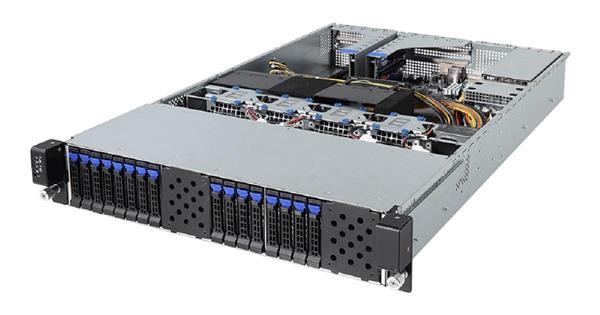 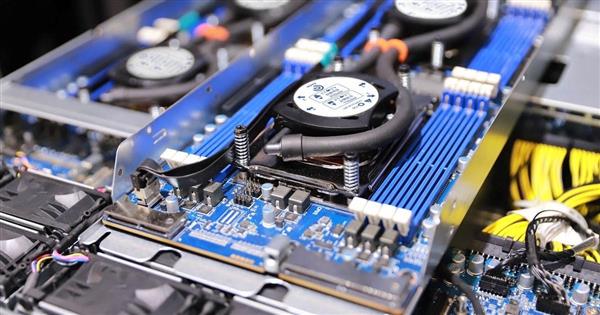 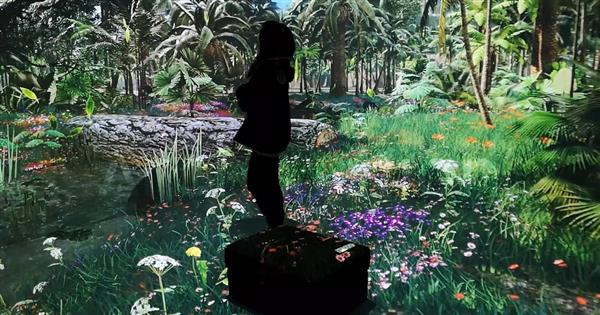 Success Story: Achieving Naked-Eye 3D with Virtual Reality
n'Space, a projector-based platform, is capable of implementing mixed reality without wearable devices. Users can immerse in a virtual environment and interact with 3D projections without the need to cover their faces with electronics. The real world just got an expansion pack in the infinite realm of the imagination. ArchiFiction, the company behind the invention, optimized the virtual experience with GIGABYTE's solution, which can process large amounts of data with high performance.
ServerScalabilityMachine Learning 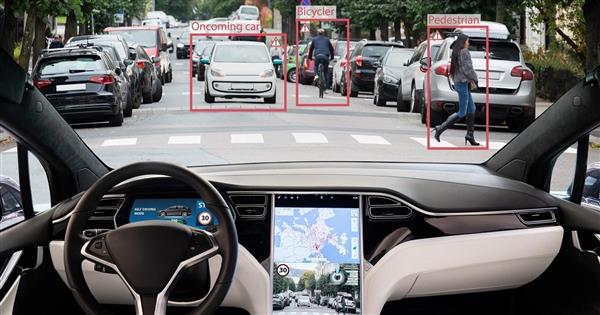 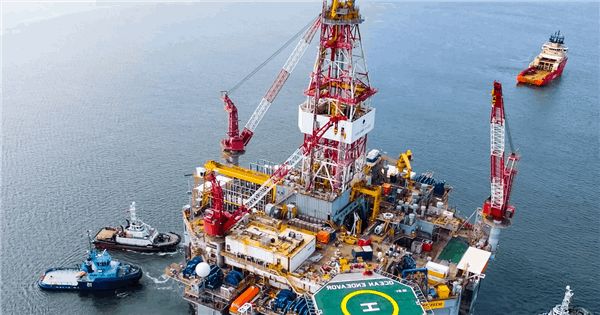 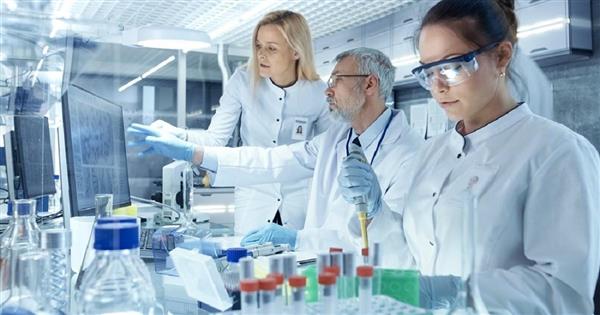 In the Quest for Higher Learning, High Density Servers Hold the Key
A top technological university in Europe noticed rising demand for computing services across its various departments. It decided to build a next-generation data center with GIGABYTE's high density servers. With the right tools in place, scientists were able to accelerate their research, analyze massive amounts of information, and complete more data-intensive projects. Science advanced while the institute flourished.
Data CenterHPCServer
SHARE VIA