How Can High Performance Computing Render Art and Imagination?

In the 21st century, various breakthroughs in image creation and animation have been made using powerful computer graphics capabilities. Whether it is a perfect montage of virtual and real images, or exquisitely gorgeous visual effects, High Performance Computing (HPC) empowers artists using technological media to convey a wealth of ideas that will exceed your wildest imagination. Taiwan’s National Center for High-Performance Computing has adopted GIGABTYE’s GPU servers to provide the best computing performance capabilities possible for their Render Farm service. 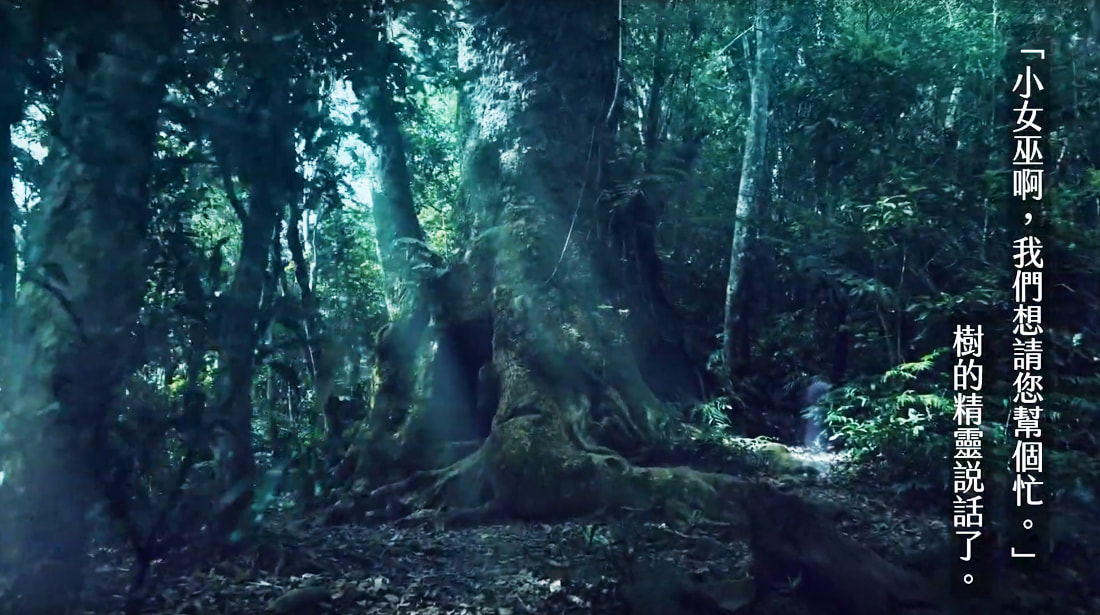 The short film “A-nger” used a GPU cloud rendering engine to complete high-speed image rendering within 3 days and then synthesize together forest scenes and characters, accelerating the studio’s process efficiency by a factor of ten.
The National Center for High Performance Computing (NCHC) collaborated with Kent Animation to produce the film “A-nger”, based on the story “Witch Way” by the Taiwanese Aboriginal writer Badai. At the beginning of the film, a plume of smoke appears which transforms into an image of a little witch from the Puyuma tribe. We follow the little witch through the dense forest, before rising up to overlook the beautiful natural landscape of Taiwan from a high altitude. This short one and a half minute film was actually produced using High Performance Computing. The bird's-eye view in the film is a three-dimensional image of the ground taken from outer space using satellites, linked with 3D geographic information to set the movement trajectory. Finally, virtual animation was integrated into the real aerial footage scenes for a perfect final presentation.《Glossary: What is HPC?》
Film provided courtesy of Kent Animation Digital Independent Production, Inc.; others may not arbitrarily reproduce, edit or copy this film without authorization. "A-nger" Creative Team / Production Supervisors: Gong Zhuojun Lai Xiangling Shi Xiaobin / Script: Luo Chuanqiao, Wang Jialing / Based on the original story “Witch Way” by Badai / Monster Illustration: Zhang Jiya / Director: Zhang Yongchang / Cloud Image Rendering: Guo Jiazhen, Xiao Shaoting, Lian Jiangxiang, Zhang Guoxiang, Lin Hengyi, Lai Chuanlin / iFlyover: Zhang Hongsheng Cai Kunlong / Photography: Li Rusong / Photography Assistant: Xie Junan / Aerial photography: Li Rusong / Art Director: Huang Youjie / Modeling: Chen Shengfu / 2D Animation: Chen Kunyuan / 3D Model Production: Wu Mingde Wu Jianwei Li Gang / 3D Animation Production: Wu Jianwei Li Gang / Special Effects: Lai Yanwei Chen Kunyuan / Texture Mapping: Chen Yiling / Editing: Zhang Yongchang / Lighting: Chen Yiling / Post Production Art Composition: Huang Youjie / Music: Li Lingzi
When Rational Technology is applied to the Passionate Fields of Humanities
In order to help artists and filmmakers overcome technology difficulties despite the high costs involved with setting up such a platform, in 2011 the NCHC integrated supercomputers, a huge amount of storage capacity, high speed / bandwidth transmission equipment and scientific simulation technology to establish a HPC platform for 3D animation – and the first Render Farm in Taiwan. A world leading cloud multimedia creation process was also incorporated into the platform, providing high quality cloud computing services for content creators. No matter how complicated the graphics or how delicate the illustrations, all rendering tasks can all be rapidly performed in the cloud with files being able to be transmitted from a remote location.《Glossary: What is Render Farm?》
Large, Complex & Real-Time Processing Relies on a HPC Server
The Render Farm is continuously being adjusted & optimized, and in 2018 the scale of the platform was expanded by adopting GIGABYTE’s GPU servers. GIGABYTE has leveraged its research and development abilities to enable our servers to provide ultra-high computing performance, satisfying the Render Farm’s needs for high-resolution, hybrid virtual-real image processing. Using the low-latency performance characteristics of the G191-H44 and the high-density parallel computing capabilities of the G481-S80, the Render Farm can perform more complex calculations and process larger amounts of data in a given amount of time. Nowadays the Render Farm service is not only being used to full capacity, but it is also greatly praised by its customers.

During the pre-acceptance validation of GIGABYTE’s servers, the Render Farm team also conducted an unprecedented and rigorous stress test. When a 4K high-definition video was played at the Hsinchu headquarters of the NCHC, a server in the Taichung branch was connected and began processing the video. The video was then accessed and played on fifty computers, simulating a scenario of multiple users connected at the same time in order to evaluate the performance and stability of GIGABYTE’s products when supporting a large number of computing workloads. In the end, GIGABYTE’s products passed the test, and were affirmed and praised by the Render Farm team. 《Recommend for you: In-Depth Information About GIGABYTE’s G-Series GPU Server Products》
Making Technology “Accessible for All” by Continuously Enhancing the Applications of HPC
The transformation of a supercomputing platform built to serve science and engineering applications into one that also can be used for art and culture has been thanks to the hard work of NCHC Render Farm project leader Dr. Chia-Chen Kuo and her team. Long involved in working with crossover applications of computing technology, Dr. Kuo led her team to build the Cloud Render Farm from scratch, which has created many highlights for Taiwan’s film and television industry. Dr. Kuo believes that science and technology should not be accessible only to a small number of professionals. “A project like the Render Farm has been built by the public sector, so it should be universal enough for everyone to use and enjoy” – so making technology more accessible to all is a goal she has been tirelessly working on.

In order to achieve their goal, the Render Farm team continues to upgrade server performance. In the past, frames were calculated in batches in order to synthesize videos, but now they can be calculated in real time. Users can even connect to the Render Farm service using only a smart phone, and use the VDI (Virtual Desktop Infrastructure) platform to directly adjust parameters and complete high speed processing workloads. The NCHC has been the first organization in Asia to provide a real-time cloud service for media creation that helps reduce file upload and read times.

Dr. Kuo is looking forward to achieving her goal of providing “technology for everyone”, and creating humanistic value with Taiwan’s proud technological strength. This goal also echoes GIGABYTE’s mission of creating “Technology Innovation to Upgrade Your Life”. GIGABYTE hopes to lay a good foundation for Taiwan’s digital creative environment with trusted and high-quality server products, so that everyone can use technology to help actualize their boundless imagination in the future.
Point Cloud Technology Enhances the Use of 3D Models, Helping to Preserve Taiwan’s Distinctive Landmarks
Speaking about the different kinds of feasible applications for HPC, another example is the “Taiwan Digital Asset Library (TDAL)” that the Render Farm team helped create for Taiwan’s Ministry of Culture. TDAL features digital models of Taiwan’s historical buildings and sites, which are made by first mapping their coordinates into a point cloud with a 3D scanner, which is then combined with colors and other related information to construct a digital model of them using HPC. This library will further strengthen the use of digital models in industries such as film and television, animation, AR / VR and video games. For example, the upcoming historical drama “Lady the Butterfly” which will be shown on public television, tells the story of an American merchant ship wrecked off the coast of Taiwan’s Hengchun Peninsula in 1867. A magnificent 3D scene of a warship featured in the drama was created from digital model data. There was no need to build a real scene, which helped reduce costs, and serves as an excellent illustration of this technology being applied in the real world.
A Combination of Art and Technology Creates Imaginative Breakthroughs in Theater Performances
Video provided courtesy of National Center for High-Performance Computing; others may not arbitrarily reproduce, edit or copy it without authorization.
In addition to animated films and digital special effects, the high-performance computing power of the Render Farm has even been highlighted in theatre, such as a black box theatre performance created by the NCHC. An animated projection of a chain is shown, accompanying the dancer’s movements and degree of exertion, swinging in directions consistent with the mechanics of a real chain and communicating the struggle of the tied-up dancer. Especially when the chain swings together with the dancer, back and forth from right to left, there is no lag to the animated projection at all, allowing people to feel the charm of real-time, high performance computing. The choreographer of this performance, Huang Yi has already been invited to perform in many other countries, and is also working with the Render Farm team to create other experimental new stage effects.

Whether it’s altering the scene of a fantasy, a conversion of artistic styles or creating sea of waves or explosions that seem almost real, the high performance computing capabilities provided by GIGABYTE’s GPU servers can not only shorten production time, but also can help render images more vividly. Artists and filmmakers can now devote more of their time previously spent waiting on software processing time to focus on more valuable creative ideas. It can be said that GIGABYTE has laid a groundbreaking foundation for the development of the content industry, and has laid out more possibilities for the next generation of performing arts.
Continuing to Cultivate Taiwan’s Culture of Science and Technology
Led by Dr. Kuo, the Render Farm team sincerely hope that their technology can be used as a base to cultivate talent in different fields, combining together to create more precious cultural values. Therefore, every year the NCHC holds a national HPC Kung Fu –3D Animation Challenge, encouraging students to create 3D animation using the Render Farm to inspire more creativity. Dr. Kuo says that technology is also a part of Taiwan’s culture, and in the future they will continue to work hard together with leading local technology companies such as GIGABYTE to jointly nourish a high-performance computing culture. Whether it is enhancing Taiwan’s digital content industry or showing more of Taiwan's unique aesthetics to the world, we look forward to helping cultivate richer development of our homeland.

NCHC and Xanthus Elevate Taiwanese Animation on the World Stage with GIGABYTE Servers
Created by Greener Grass Production, the Taiwanese sci-fi mini-series “2049” has debuted on Netflix and various local TV channels. The animated spin-off “2049+ Voice of Rebirth”, crafted by Xanthus Animation Studio, will soon premiere on the streaming service myVideo. The CGI show was created with the NCHC Render Farm’s GIGABYTE servers, which employ top-of-the-line NVIDIA® graphics cards to empower artists with industry-leading rendering capabilities. The servers can take on multiple workloads simultaneously through parallel computing, and they boast a wide range of patented smart features that ensure stability and availability. With all it has going for it, “2049+ Voice of Rebirth” may garner enough attention to become the breakout hit that will introduce Taiwanese animation to international audiences.
Cloud Computing Render Farm PCIe

What is Big Data, and How Can You Benefit from It?
You may be familiar with the term, “big data”, but how firm is your grasp of the concept? Have you heard of the “5 V’s” of big data? Can you recite the “Three Fundamental Steps” of how to use big data? Most importantly, do you know how to reap the benefits through the use of the right tools? GIGABYTE Technology, an industry leader in high-performance server solutions, is pleased to present our latest Tech Guide. We will walk you through the basics of big data, explain why it boasts unlimited potential, and finally delve into the GIGABYTE products that will help you ride high on the most exciting wave to sweep over the IT sector.
Scalability Data Center IT
SHARE VIA
Email Sales 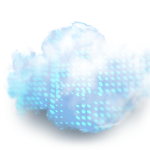